Let Us Keep the Feast: Celebrating the Church Year at Home is a wonderful resource for individuals and families.  When we heard that Anna Gissing had written the section on Epiphany, we asked if she would respond to some questions about this more obscure, for many of us, day in the church calendar. 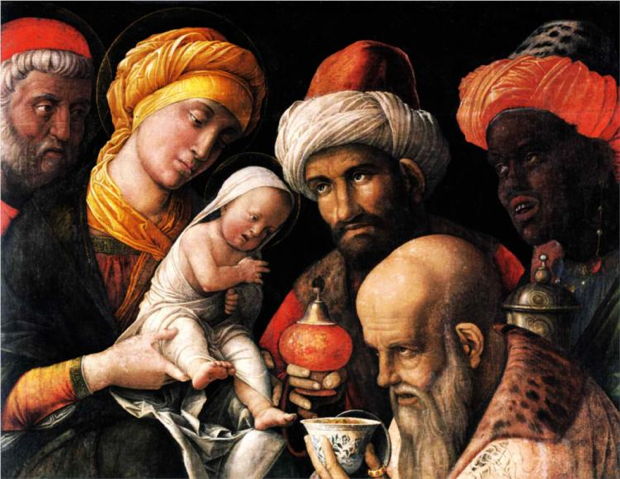 Anna, for those of us who did not grow up in a liturgical tradition, what is the significance of Epiphany and why should we celebrate it?

Epiphany is the day (or season, depending on your tradition) that immediately follows Christmas. It’s a feast that especially celebrates the magi arriving with their gifts to worship Jesus. Even though our nativity scenes often include wise men and possibly camels, we know they weren’t there for Jesus’ birth. When we look back at the account of the magi in Matthew 2, we notice that they came “from the East” some distance away. On Epiphany, we celebrate their arrival. This image of foreigners worshipping Jesus is an image of the gospel. Though Jesus was born King of the Jews, the good news of Jesus’ birth is for all people, both Jew and Gentile.

Did you grow up celebrating Epiphany? When did you first become conscious of Epiphany as a day to celebrate? What is your family history with the liturgical calendar?

I grew up in a liturgical tradition in the Episcopal Church. As a family, we observed Advent and Christmas, Lent, Holy Week, and Easter. But I didn’t grow up celebrating Epiphany. I first became aware of Epiphany as a day to celebrate about eight years ago when I read an article about it by Lauren Winner who says, “In my view, Epiphany is one of the most important and sadly under-celebrated seasons of the church year” and I wanted to learn more about it.

We have just finished such a joyful but busy season of Christmas.  Do you in any way tie in the celebration of Epiphany with Christmas or the New Year celebration?

In my home, we are still celebrating Christmas! We stretch out our Christmas celebration over twelve days. The children open a present each day throughout the season. The magi of our nativity scene make their way toward Mary, Joseph, and Jesus during Christmas. And we do some baking and card-sending during Christmas or Epiphany instead of during Advent. This idea of Christmas stretching until Epiphany simplifies the transition between the two feasts. On January 6, we normally put away our Christmas decorations and the magi finally arrive to worship Jesus in our scene.

Even though the new calendar year doesn’t really tie in with Christmas and Epiphany, we go as a family to the Festival of Lights (a huge holiday light display in our city) on New Year’s Eve. It’s a way to remind us that we are still celebrating Christmas.

What might we do to begin to celebrate Epiphany?

One way to begin to celebrate Epiphany if you haven’t before is to recognize January 6 as a day to celebrate the arrival of the magi. If you have a nativity scene, try waiting to place the magi there until then. Read their story in Matthew 2. Sing “We Three Kings” or the last verse of “What Child Is This?” on that day. Thank Jesus especially on January 6 that he came for all people.

In addition, remember that Epiphany is about God showing himself to us. And this season especially gives us the opportunity to share the light of Christ with others. How might you reach out over the next couple of months?

A common practice on Epiphany is to chalk the outside of your door frame with the formula 20+C+M+B+14. This stands for the year 2014 and the traditional names of the magi: Caspar, Melchior, and Balthasar. The letters also serve as an acronym Christus mansionem benidicat, “May Christ bless this house.” As you chalk your door, pray not only that God would bless your home and those in it, but also that your home might be a place that both welcomes Christ and welcomes others with the light of Christ in the coming year.

What has been most meaningful to you as you’ve considered Epiphany and as you’ve written this guide to its celebration?

I chose to write about Epiphany because it is not as well known as other seasons. In the process, I encountered a season in which we reflect on the life of Jesus and the ways in which God has revealed himself to human beings. It’s a marvelous season to remember that the gospel is for all people and to reach out to others with the good news in Jesus. Living in light of the liturgical calendar allows us to practice living the gospel story all year long.

Professor Julie Newberry considers how to reflect with gratitude and nuance at the end of a complex year.

Jayme Yeo finds her academic work and her faith can richly inform each other and gives practical resources for work and faith integration.

I go for a walk almost every day, so when I can't or don't, I start feeling stiff in the joints...of my soul. Walking helps mend my monkey mind...