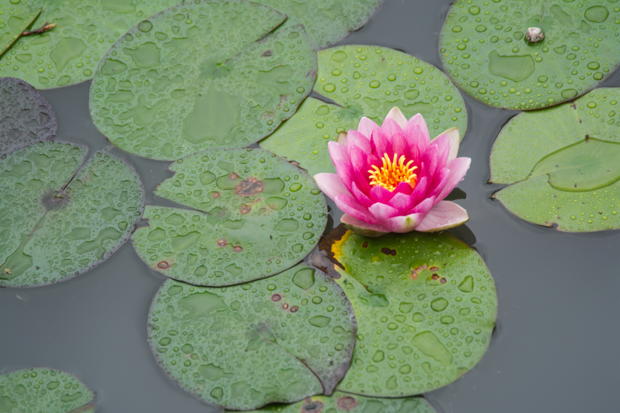 Born in China, raised in Hong Kong, educated in the US, married to an Asian American. I am not an international student, and technically speaking, I am not an Asian American (if we define Asian American as someone with an Asian descent who are either born or raised in North America). Though I am an Asian, I do not live in Asia. I have lived in Los Angeles for more than half of my life. What am I? Who am I?

As evangelical ethnic scholars, whether we are male or female, we are all in a peculiar position. The term “ethnic” or “minority” itself may imply a disadvantage, less or insignificant. Yet they can also suggest special, different, and valuable. During the years when I felt lost among the “majority” in the academy, I began to belittle myself, thinking that I was invisible, irrelevant, and that I did not belong. As I get older and more mature, I start to realize that the term “ethnic minority” may reflect my social location in the academy, but it does not define who I am in the eyes of God. In the eyes of God, I am a full person. I bear the image of God. I am a child of God. I am loved and treasured by God. As an evangelical ethnic woman in Biblical Studies, I do feel the tension between desiring to be seen and respected by others and staying at the margin as a perpetual foreigner.

I’m a biblical scholar, and I’d like to use an example of my current research to reflect on how we should think of ourselves as ethnic minority scholars, especially ethnic minority women.

My research interest in the Megilloth (the five scrolls in Writings section of the Hebrew Bible, which includes Psalms, Proverbs, Job, Song of Songs, Ruth, Lamentations, Ecclesiastes, Esther, Daniel, Ezra, Nehemiah, 1 and 2 Chronicles) has brought me to focus on two of its collection, namely, Song of Songs (which I’ll refer to as SoS, for ease) and Esther. These two books are feminine with dominant female characters. They are also relatively short: SoS, 8 chapters and Esther, 10 chapters). Compared to books such as Genesis, Exodus, Deuteronomy, Samuel, Kings, Chronicles, Isaiah, Jeremiah, Ezekiel and Psalms, these two scrolls are like “minority women” among the male canon. However, the canon would not be complete without the Song of Songs and Esther. Therefore, they are indispensable — just like evangelical ethnic minority women in academia are indispensable. Without them, there would be fewer ways of reading Scripture and less diversity.

What interests me in SoS and Esther is not just the strong female voices, but the literary absence of God’s name. The absence of God’s name is a literary distinction which invites theological inquiry. SoS and Esther are the only two books out of Scripture that do not explicitly mention God or make reference to him (although some may construe Song 8:6 as including a trace of God). Why are these two books included in the canon? What are their places in Scripture? Are they being neglected, pushed into margin or relegated to female readers?

If we are familiar with SoS and Esther, we will find echoes of the stories of Scripture in them. SoS echoes the garden of Eden, lady wisdom and lady folly in Proverbs, the vineyard song in Isaiah 5, and Israel in Hosea 2 and more. Esther echoes the stories of Exodus, Moses, Joseph, Daniel, Saul and the Amalekites. Both books also allude to the temple imagery. Ellen Davis says that SoS is an “echo chamber.” I would add: so is Esther. Through these echoes and allusions, SoS and Esther present themselves as an integral part of the Scripture. The Torah and the Prophets are incomplete without the Writings, of which SoS and Esther are a part. As two relatively short feminine books, they complete the whole.

Likewise we, as evangelical ethnic minorities, are an integral part of the people of God. We are members at God’s banqueting table. The “majority” would not be complete without the “minority.” As a minority of the minority, namely as evangelical ethnic women, we have a unique place in the academy and in the kingdom of God. We need to find that idea or voice that is uniquely our own and to write a topic in a way that only we can write.

One thing that I argue regarding SoS and Esther is that although they are from different genres — SoS is lyric poetry and Esther is a combination of genres — both books share elements from wisdom theology. They discern the order of things, teach what it means to love wisely, and proclaim what it means to do justice when God seems absent. As minorities in the academy, whether male or female, we all need wisdom to discern the order of things — to navigate in the system without compromising our evangelical faith, to find our place and our voice in the sea of changes. We need to pray for wisdom and ask for wisdom.

I encourage all of us to be good and faithful at what we do — teach, research, shape the lives of our students. Most importantly, we live into who we are in the eyes of God. We are a part of the whole and we all have something to contribute.

Dr. Chloe Sun is the professor of Old Testament at Logos evangelical Seminary in El Monte, California, since 2004. She earned her PhD in Old Testament from Fuller Theological Seminary. She has published academic as well as ecclesial books and articles in both English and Chinese. Her upcoming book Conspicuous in His Absence: Studies on Song of Songs and Esther (IVP Academic) will be released in 2020. Dr. Sun also conducts Bible seminars and teaching internationally. Her passion is to communicate Scripture through teaching, preaching and writing in order to transform lives.

Jamie Noyd gives examples from literature, the Bible, and her own work of lives changing in “liminal” moments.