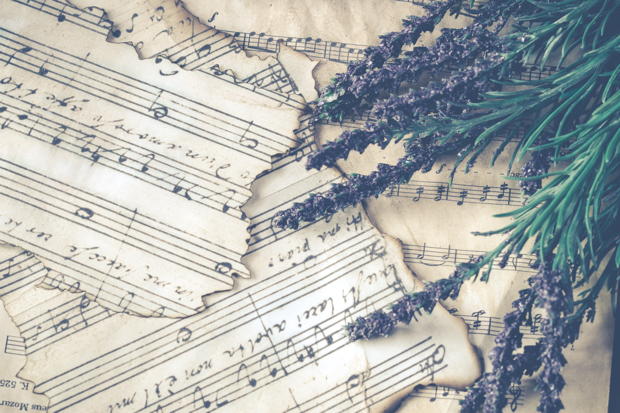 And Mary said,
“My soul magnifies the Lord,
and my spirit rejoices in God my Savior,
for he has looked with favor on the lowliness of his servant.
Surely, from now on all generations will call me blessed;
for the Mighty One has done great things for me,
and holy is his name.
His mercy is for those who fear him
from generation to generation.
He has shown strength with his arm;
he has scattered the proud in the thoughts of their hearts.
He has brought down the powerful from their thrones,
and lifted up the lowly;
he has filled the hungry with good things,
and sent the rich away empty.
He has helped his servant Israel,
in remembrance of his mercy,
according to the promise he made to our ancestors,
to Abraham and to his descendants forever.”

Before you read Amy's reflection on Luke 1:46-55, listen to Palestrina's Magnificat primi toni.

My very self spills over in praise of the Lord,
and my inmost being bursts with joy because of God, my Savior.
(Luke 1:46-47)

With these words, Mary responds to the prophetic greeting of her cousin Elizabeth. With these same words, Mary finally and fully responds to Gabriel’s unexpected pregnancy announcement—that she, still a virgin, will bear a son, named Jesus, who will save his people. In the flow of the biblical story, her praise puts the narrative on pause. Before we resume the story, we must wait as Mary praises God.
She rejoices in the favor shown to her,

because he considered the humiliation of his servant.
For, look! from now on, all generations will bless me (v. 48)

She revels in God’s mighty works throughout history,

“because the Mighty One did great things for me.
And holy is his name—
and his mercy runs from generation to generation for those who fear him.
He has power in his arm;
he has scattered the arrogant in their heart’s schemes;
He has pulled down the mighty from thrones
and lifted up the lowly
Those who hunger he has filled with good things
and those who are rich he has sent away empty.” (vv. 49-53)

She celebrates God’s faithfulness to Israel,

“He came to the help of Israel, his child, remembering mercy
just as he spoke to our ancestors, to Abraham and his descendants forever.”(vv. 54-55)

Her words still inspire us. Many churches repeat her words weekly in their worship, and many musicians have given us musical settings of her praise.
In the 16th century, the composer Palestrina arranged Mary’s words for two choirs. As you’ve just heard, a soloist introduces the piece with a “Magnificat,” and from then on the two choirs join in a dance that is joyous and stately, melodic and harmonic. In an intricately choreographed exchange, they recount God’s favor, mighty acts, and faithfulness.
There is so much that is “unnecessary” in Palestrina’s setting — two choirs, counterpoint and harmonies vaulting in different directions, extravagant repetitions of phrases, and so on. In this sense, his setting is much like Mary’s words themselves. The story in Luke’s Gospel could easily have skipped over these verses to get the point across. The author could simply have told of Elizabeth’s enthusiastic greeting (vv. 39-45) and then depicted Mary accepting her cousin’s hospitality (v. 56).
However, the story pauses and holds still so that Mary can glorify God. It waits so she can give thanks. Palestrina’s setting seems to grasp the importance of this pause. When the choirs come to “in Deo” in the phrase, “Et exultávit spíritus meus: in Deo salutári meo” (“my spirit rejoices in God, my savior” in v. 47), the music takes a stately turn as the voices sustain the syllables with longer notes, seeming to slow down. Moreover, Palestrina adds the well-worn words of praise, “Gloria Patri, et Filio, et Spiritui Sancto, Sicut erat in principio, et nunc, et semper, et in saecula saeculorum. Amen” (Glory to the Father, and the Son, and the Holy Spirit; as it was in the beginning, now, and always, forever and ever. Amen). Just as Mary’s praise prolongs the moment in the story, the musical setting elaborates upon her words, letting them dance in praise of God’s faithful abundance.
In this way, Palestrina’s setting further echoes the scene of heavenly worship in Revelation 4 and 5, where the angels, the four living creatures, the twenty-four elders, and all creation worship God, saying,

“Worthy is the Lamb who was slaughtered, to receive power, and riches, and wisdom, and strength, and honor, and glory, and blessing!” (Revelation 5:12)

And all creation sings,

“To the one who seat on the throne and to the Lamb,
Blessing and honor and glory and might
forever and ever!” (Revelation 5:13).

And the four living creatures answer with a mighty “Amen” (Revelation 5:14).
Mary prefigures this heavenly scene as she pauses to praise, redirecting our focus to the One who sits on the throne, the One who deserves our worship. She invites us to join her, Palestrina, and the host of heaven.

Take note of what you learned about God’s character through this process, and pray it back to God as praise; join Mary in magnifying the Lord.
You'll find all of the other arts devotionals from this series on this page.
Photo by Ylanite Koppens from StockSnap.
Tags:
bible study & prayer guides | arts devotionals | advent

Consider this prayer from the perspective of biologist Ciara Reyes-Ton.

As we enter into this season of waiting, we invite you to receive the gift of peace through this first prayer in this series of eight breath prayers for Advent 2020.