Interpreting Scripture through Art: “The Silence” 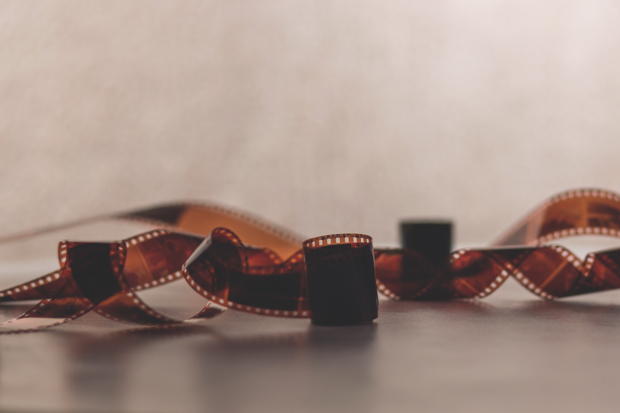 How long, O Lord? Will you forget me forever?
How long will you hide your face from me?

When you search for me, you will find me;
if you seek me with all your heart.

Before reading Renée’s reflection on these Scriptures, watch her short film The Silence.

Over the years, I have listened to the voices of singers and prophets within the Bible.

“How long, O Lord? Will you forget me forever?” the psalmist writes.

After enduring more than a decade of trauma from childhood through adolescence, I have chosen similar words to speak to God, words that are passionate, angry, and filled with hope. Through the years, most of my words remained hidden in volumes, unsounded, yet embodied in my daily life. When I grew older, I found that I could speak with another voice using the language of film, which became an integral part of my healing.

When I wrote and produced this short film, The Silence, I was fighting the grip of chronic pain and recovering from traumatic memories. I had not intended to make a film, but I had arrived at Duke Chapel to record a wedding at the request of a friend. I proceeded to set up as usual, but I captured some unusual foggy conditions around the gothic exterior and the solemnity of the interior space. The resulting tone was not that of a wedding celebration. My lens had seen beyond the surface of that day. Looking at the stark footage, I decided to let a script emerge.

“Why are you silent?” I wrote in the solitude of my room.

There was no answer. Then another phrase seeped into my imagination.

“You will seek me and find me when you seek me with all of your heart.”

I was caught between the silence and the promise.

I gathered the unprocessed footage from the wedding and finished the script, which took the form of a lament, and The Silence emerged as a way of praying through the camera lens.

I felt that my English text would be insufficient. I had experienced the cinematic works of Andrei Tarkovsky and Alexander Sokurov and sensed that the Russian language would carry the tone of this particular film. I asked a native Russian speaker, Mr. Negru, for his help. As members of his family had fled religious persecution in Russia, Mr. Negru was well-situated to translate and perform the text of the prayer. He knew the spiritual challenge of silence and related to the questions I had written in the script. We spoke frankly about the implications, theological and otherwise, of translating from one language to another and losing certain words and meanings. Would we be able to capture the crisis of the prayer?

I trusted Mr. Negru to do the work of translation and I focused on listening to his voice. The cadence and pacing, the emphasis on certain phrases, and the ring of truthfulness emerged in the recording until I had the voice-over that I needed. Since I do not speak Russian, I could only rely on intuition in this process. If I feel the text resonate without knowing the exact words, then I know the script has been properly embodied by the actor.

After recording the voice-over, I searched for the musical score. I listened to the Eucharistic hymn, “Ave Verum Corpus,” by Mozart. Sung in Latin, the translation reads:

Hail true body
Born of the virgin Mary
Who has truly suffered, slaughtered
On the Cross for humanity
Whose side was pierced
Pouring out water and blood
Be a foretaste for us
During our ordeal of death.

Death was not foreign to me, nor was suffering. From a young age, I had identified with Christ on the cross, but it was Mozart who set his death to a beautiful composition. In this hymn, the slaughter of Jesus is not obscured or hidden, but sung with grace and dignity, and I felt at once the depths of love in the rising and falling voices of the choir.

With the music as a foundation, I began to assemble the footage. In the editing process, I discovered natural harmonies as I assembled the elements of music, voice, and image into a film. A masculine Russian voice, my prayer, and a hymn from the 17th century may seem at odds on the surface, but I saw the potential for them to speak in chorus. Harmony of the elements comes with careful listening to each sound and image. Each layer must be considered for its own purpose and singularity. The beauty of working in this way is that it often mirrors my search for God. In order to create something new, I must be silent and attentive. I cannot force any film to emerge. It must come into being naturally through waiting and listening; only then will the moving image speak.

After completing The Silence, I listened for a voice responding to the timeless questions: “How long, O Lord? Will You forget me forever?” But I did not hear any assurance that I would not suffer the silence of God again. Only the promise remained: my heart would continue to seek God, and we would find each other before the end. It is true that art imitates life, and this film springs from the ground of my experience. All my life and in its making, I embodied what the film means: a search for God from silence. It could not have been otherwise.

Hail, true body,
Born of the virgin Mary;
Who has truly suffered, slaughtered
On the Cross for humanity.
Whose side was pierced,
Pouring out water and blood.
Be a foretaste for us
During our ordeal of death.

An independent filmmaker and photographer based out of North Carolina, Renée has worked in locations around the US as well as abroad in Finland where she directed and filmed Sisareni, her first international collaboration. Inspired by the work of Andrei Tarkovsky and the films of Bergman and Bresson, the content of her work is primarily experimental and explores the connection between human nature and the divine.

Currently, Renée is serving as the monastic intern at Holy Cross Monastery in West Park, New York until August 2021.

She holds a Masters in Theological Studies with a Certificate in Theology and the Arts from Duke Divinity School and a Bachelors of Arts in Cinema and Television from Regent University.