Jesus Confronts Our Racial Prejudice: The Challenge to Become a Neighbor 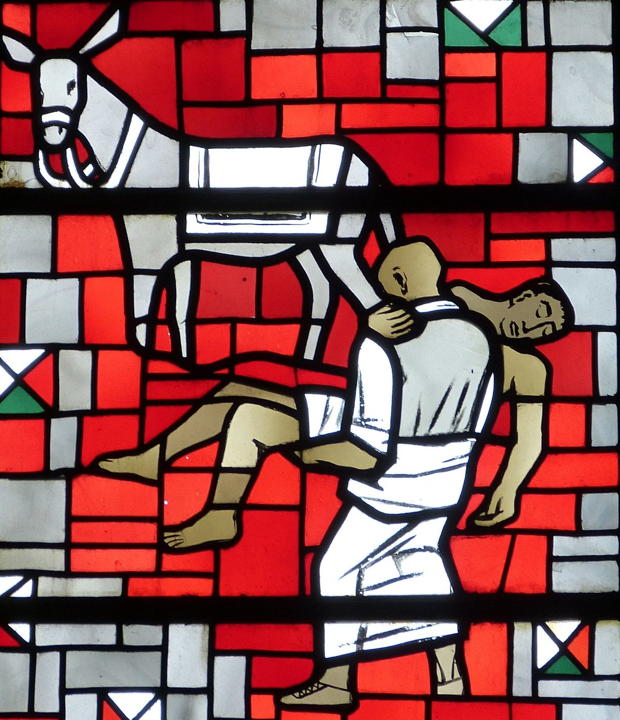 In popular usage, a “Good Samaritan” has come to mean someone who comes to one’s aid in a time of need. During this pandemic, we’ve all heard stories of such people who are getting us through these hard times.

We know of course that the idea of the “Good Samaritan” comes to us from the story told by Jesus (Luke 10:25-37). But even Christians — to whom the details of the story are very familiar — don’t always see the sting at the heart of Jesus’s story.

To the Jewish first hearers, Jesus’ story stings because the one who cared enough about the injured victim and allowed his life to be significantly disrupted was not one of their own, but their racialized other whom they despised. Jews looked down on the Samaritans because of their mixed ancestry and non-traditional worship of God. They were the in-betweens, not fully their own people, and not quite foreign either. Many Jews when they travelled between Judea in the South and Galilee in the North preferred to take a longer route rather than the direct route through Samaria so that they could avoid mixing with the Samaritans.

The racializing of the “other” applies globally to any situation where there is prejudice towards a minority because of a collective feeling that “those people are like that.” In the Sri Lanka of my youth during the war years, the average Sinhalese (the majority community to whom I belong) had the mindset that Tamils (the largest minority community) must be either terrorists or terrorist sympathizers. As a male Sinhala police officer pressed my female Tamil college friend, “Tell me the truth, you probably support the terrorists, right?” In the highly racially-charged Sri Lankan context at that time, narrating the story of the good Samaritan calls the hero to be a Tamil youth in a war-torn area who helps a wounded and endangered Sinhala soldier to safety.

By making the Samaritan the hero in this story, Jesus upsets their preconceived idea of who the good guys are — themselves — and exposes their racial prejudice. At the end of his story, Jesus asks the questioner, “Who do you think was a neighbor to the man who was injured?” to which the man replies “The one who had mercy on him” – unwilling to openly name the Samaritan. He found it hard to acknowledge a person from the minority group as a good man because his own majority community didn’t have a favorable opinion of the Samaritans.

How do you think the crowd responded to Jesus? “What a great story, Jesus!” Probably not. More likely there was sullen silence as they internally seethed that Jesus dared to highlight one of “those people” as a model for right living rather than their own leaders.  Jesus humanizes their racial other.

Jesus changes the focus of the conversation from just an intellectual debate on “who is my neighbor?” to a demonstration of how to show radical love. When Jesus tells the man to “go and do likewise,” he is calling him to become the kind of neighbor that the Good Samaritan models. The Samaritan knew how he was perceived by the Jews, and yet his compassion moves him across the racial divide. He refuses to stay in his assigned cultural box and comes out defying majority culture assumptions.

Becoming a Good Samaritan involves taking risks to love sacrificially across the barrier of race.

How then will the Good Samaritan’s story be real to us today? It is when the hero is the teenage Black boy (whom we thought was lurking suspiciously in the store) who helps an injured White police officer. Or when the hero is the Black protester (whom we thought loud and angry, possibly in cahoots with the looters) who carries an injured White anti-protester to safety.

Whatever our context, many in the majority community will feel uncomfortable, upset, or angry in hearing the story where the racialized other is the hero. A major reason is that our preconception of ourselves as good people is threatened. It is not “our” people who end up doing the expected right thing, just as the pillars of the community in Jesus’s story avoid getting involved. For a follower of Jesus, it is not necessarily “bad” to experience discomfort when a story we thought we knew is told differently. Jesus’s intent for his first hearers and for us is to jolt us out of our complacency and be stretched to imagine the “other” in ways we didn’t expect to.

It is still good to help anyone in need, but God calls us to move beyond our comfort zones and figure out how to love those who are unlike us; people groups that we’ve gotten used to think badly of — “those people are like that.” Many American Christians who have a heart for the conditions of people groups overseas have been resistant to learning about the hardships experienced by ethnic minorities in our own country because of their racial identity. We are ill-equipped to speak to the issues of our time that are not just political issues, but lived reality to a good many people who worship alongside us.  Similarly, first-generation Americans who recognize racial injustice in the US are often unable to recognize racial injustices in our countries of origin, especially if we are from the majority culture.

Lack of familiarity makes it hard to notice and address evil done to people in front of us. Recently, I read an account of Ida Wells, who wrote regularly to the newspapers about lynching  — she was still in her twenties and had had friends who were lynched — and travelled to England to speak on this issue. As she was from Chicago and a contemporary of D.L. Moody, she was asked what great moral reformers like Moody had done to suppress Lynch Law. Her answer was “nothing.” As far as it was known, Moody had not spoken a word against lynching in either the South or the North. However great an evangelist, whatever his heart for the poor, he like many White Christians of the day chose to look away from the societal sin of their time. (Rediscipling the White Church: From Cheap Diversity to True Solidarity by David Swanson, IVP 2020).

What heartache for the Black woman to crusade against great evil that her people experienced without support from those with power within the Church.

We are morally culpable when we are silent in the face of evil done to other people. “Anyone, then, who knows the right thing to do and fails to do it, commits sin (James 4:17).” What is a step that God wants you to take in order to “…not love with words or speech but with actions and in truth (1 John 3:18)”?

Photo by falco from Pixabay.

Listen in on our conversation with historian Kimberly Hill in which we talk about her studies around African American missionary work and Black internationalism.