Living in Limbo during Covid-19: Insights from Daniel 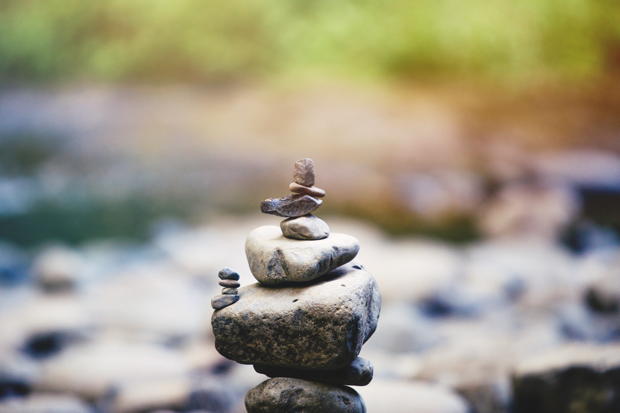 During this coronavirus pandemic, all of us feel that our lives have been suspended in some way. It may surprise us to realize that there was a phase in Daniel’s life when he was on pause too. How can Daniel’s experiences help us process our own experience of living in limbo?

Daniel experienced the loss of much that was familiar. He excelled in the best university of his day and was recruited into high profile leadership work by the Babylonian king Nebuchadnezzar. His boss knew his mettle and appreciated his work. He was contributing to the flourishing of the city, making a difference using his gifts and skills.

But Belshazzar replaces Nebuchadnezzar on the throne and has no use for Daniel. We understand from chapter 5 that Daniel appears before Belshazzar only one time, brought in as a last resort crisis consultant on what turns out to be the last day of the king’s life. Just from the first verses in chapters 7 and 8, we see that the new king reigned for at least two years, so we know that Daniel would have lived with the loss of the familiar for a minimum of two years. It could have even been for as much as twenty years.

What are some things Daniel lost? His work is taken away. He is no longer at the hub of court affairs as a trusted counsellor and doing the governance work he was trained for, but probably shuffling papers in a back office or doing equally humdrum work. Instead of being appreciated and having at least a working relationship with his boss, he is discarded, ignored, and made to feel invisible — his wisdom and expertise shrugged off. Instead of making decisions that impact many, he probably makes low-impact decisions, maybe even follows the directives of others.

I wonder how he might have felt about what he didn’t have or couldn’t do anymore? And when time passed slowly? We tend to lionize our Bible heroes, forgetting that they were real people with hopes, thoughts, feelings, and fears. But I would imagine that even with his deep faith in God — and hopefully the community he enjoyed with friends like Shadrach, Meshach, and Abednego — that he still asked God questions like:

“Is my best work already over Lord?”

“Was my training a waste, God?”

“How do I make sense of these changes Lord?”

“Will my life go back to normal again?”

We can see that Daniel knew about uncertainty — uncertainty that lasted a long time. At the onset of his new normal of being away from the hustle and bustle of court life and fulfilling work, Daniel would not have been able to predict if and when he would be able to resume the life he was familiar with.

As you inhabit Daniel’s story, you might resonate with some of his losses, chiefly the uncertainty that comes when our lives seem to be on hold and we feel like we are living in limbo for an indeterminable length of time.

Perhaps you resonate with how Daniel’s life and work started to look different. In this period of change and uncertainty, God began giving him visions and dreams. Most of the latter chapters of Daniel recount his visions, and his first vision is given in the first year of the reign of Belshazzar (chapter 7). The next recorded vision is given in the third year of Belshazzar (chapter 8). In these years of obscurity and solitude very different from his previous high energy life, God was giving him new work — entrusting him to hold and wrestle with visions and dreams. We find that the visions caused Daniel to be “troubled in spirit,” that they “disturbed” him, and that he was “deeply troubled by (his) thoughts.”

The reality is that his hidden work had more significance than his visible work. I’m sure his public administration work had far-reaching good results within the Babylonian (and later Persian) empires. But they were for a time, for his generation and perhaps a couple more. However, the work of holding the visions God gave him is a gift that Daniel left the Church for all time. Because of Daniel’s visions, we have a picture  of eschatology or last things, the end of history. We become aware of cosmic realities operating parallel to what is seen in our world. Because of Daniel holding the dream, generations of believers glimpse a vision of “one like a son of man, coming with the clouds of heaven” who is “given authority, glory and sovereign power.” We know that “all nations and people of every language (will worship) him” and that “his dominion is an everlasting dominion that will not pass away and that his kingdom is one that will never be destroyed” (Daniel 7: 13-14).

You might resonate with your work losing the significance you thought it had as our seemingly predictable lives changed. You might resonate with not feeling valued. Perhaps you have a lot of friends but not many have called or texted to check in and you wonder if you aren’t as important in people’s lives as you thought you were. Perhaps the success you wanted to achieve for yourself in your career feels irrelevant in light of bigger questions of life.

In Daniel’s case, God worked behind the scenes to have Daniel at court again and re-appointed as a high ranking official on the very day that the Persians conquered the Babylonians. If Daniel had remained in obscurity, it is very unlikely that he would have been chosen by Darius for high office under the new regime. His visibility and status made Daniel an obvious choice as someone important to retain, so that the Persians could govern more easily.

And the work of dreaming dreams and having visions — which began in Daniel’s season of obscurity — continued even after he was reinstated to power.

Covid-19 is not what we expected and not what we wanted, but it is what we have around us. For those of us who were expectant at the beginning of the year that God would do a new thing as we longed for revival, a pandemic is not the backdrop we imagined.

But Daniel’s story offers us hope to navigate this time of uncertainty.

There are seasons in our lives when we are limited by circumstances in using our gifts and strengths to full capacity.

The work and responsibilities thrust upon us now might be different, but this work is just as real and significant as the work we left behind and the work we will get back to one day.

God might be using this flux of uncertainty to chart a new path for us that we have not yet dreamed of.

What are the new work and responsibilities God is calling you to in this new normal? What visions and dreams might God want to give you in the weeks ahead?
Tags:
coronavirus | spiritual formation

Spiritual Formation
By Rebecca Brewster Stevenson
Notes from the Pandemic: Considering Jesus in the Storm

Rebecca Stevenson reflects on our varying responses to Jesus as he stills the storm in Mark 4.

Dr. Ann Dominguez finds courage for today through her experience providing healthcare in a Haitian epidemic ten years ago.

Listen in on our interview with Jamie Ong, environmental protection manager for NYC parks, as we discuss nature, faith, family, and enduring Covid-19.