At a Loss for Words: Finding Prayer Through Liturgy, Silence, and Embodiment

If you come to my home and join my husband and me for dinner, you will find a lack of matching forks, a lack of patience and grace at times, and a lack of ice (who needs it?), but you will never find a lack of words. Opinions and thoughts are passed around our table like salt and pepper.

Since I first discovered language as a child, I have savored words and have been well nourished, even fattened, by rich conversation. I am drawn to poetry, books, and loquacious friends. I revel in those satisfying moments when I land, like an explorer discovering new terrain, on the perfect word or the perfect metaphor to explain just what I wanted to explain. Eureka! I have said it! 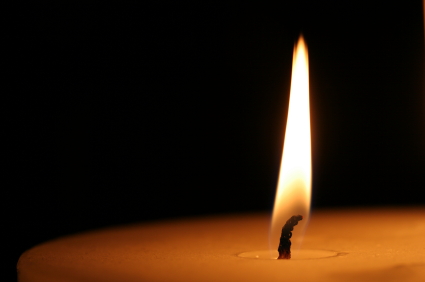 In the Christian tradition that shaped me, prayer is understood as a largely mental or emotional activity in which we speak to God. Since I have no lack of words and God never interrupted me, prayer came easily to me. If I fretted, I fretted to God. If I was struck by the beauty of creation, I could tell God about it, and the sky or the stars became even more awe-inspiring for the telling. If I was angry, I’d yell at God. If I was hopeful, I’d sing to God. There were always words to be said and prayers to be prayed.

So after a year of turbulence — an unwanted relocation, the mangling of a close friendship, the hovering fog of vocational uncertainty, and a painful delay in my hopes for motherhood — when I tried to pray and could not find words, the feeling was something like horror.

It wasn’t that I couldn’t say prayers. I could. I could mouth words to God, “Lord. I need guidance.” “Help me to love my friend.” “Please help us conceive a child.” The problem was that the words no longer comforted. Instead of unfurling my cramped soul before God, my wordy prayers simply hung limp and lifeless like some sad, deflated balloon caught in branches. I could engage in a cerebral exercise of saying words to God, but these prayers seemed powerless to reach the dark, musty parts of my heart that I longed for God to enter, keep, and redeem.

I had lost words, and because words are the only way I knew to pray, I had lost prayer.

Finding Prayer in the Church

I did not grow up using written or liturgical prayers, but for the past two years I’ve been in a church that does. As I’ve struggled to find words, liturgical prayer has been a lifeline for me. St. Chrysostom, St. Francis, and the writers of The Book of Common Prayer are my gentle older brothers who tutor me in the grammar of prayer.

This has been especially true of the Lord’s Prayer. I do not know what to say to God, so Jesus, my gentlest, oldest brother, teaches me. I have said this prayer countless times in the last few months, anytime that I long to pray and feel I can’t, which is almost always. I remember a scene from Dorothy Day’s The Long Loneliness in which she sees a beloved friend and immediately, before even beginning a conversation, they join hands and say the “Our Father.” I think of that scene often as I say the Lord’s Prayer, and in my imagination I join hands with Dorothy Day and Flannery O’Connor, with St. Augustine and John Calvin, and with my brothers and sisters around the world who say this prayer in countless languages, and we pray together the words that Jesus taught us, or rather is teaching us, to pray.

In the midst of my wordless months, my supervisor asked me to read Ruth Haley Barton’s Sacred Rhythms. It is the sort of book that has a style of cover art that can only be described as “Women’s Devotional Pastoral” — the sort that I vigilantly avoid — but since it was for work, I read it, and it came along at just the right moment. In it, Barton describes wordless prayer:

Eventually, when we stop the flow of our own words, another gift comes to us, quietly and imperceptibly at first: we find ourselves resting in prayer. . . . We rest our overactive, hardworking mind from the need to put everything into words. We rest from clinging, grasping and trying to figure everything out. The soul returns to its most natural state in God. In returning and rest you will be saved. (p. 69)

So I have begun trying to sit with God each day. After I say the Lord’s Prayer or the Gloria Patri, I don’t know what else to do. So I just sit. Usually, this is not a profound mystical experience. My mind races. I begin by thinking about God and notice ten minutes later that my brain has gone rogue, roving wildly among task lists, regrets, or plans. Restlessness abounds. But sometimes, usually in the evening, I light a candle in my long defunct fireplace and sit entranced. Every detail enthralls me -— the shadows dancing along different grains in the brick, the wax pooling around the blue and red flame and making rivulets along the floor. This beauty crowds out words and nearly every cognizant thought. Afterwards, I feel strangely nourished. My soul seems stretched, like the pleasing feeling in your legs when you spill out of the car after a long, cramped road trip.

There is a famous story of Dan Rather asking Mother Teresa what she says when she prays. She responded, “I don’t say anything, I listen.” So he asked what God said to her. She said, “He doesn’t say anything, He listens.” I cannot say yet that I understand what she means, but lately I am lapping up silence. In the stillness, the waiting, and the rest that God is coaxing me into, mystery and beauty are quietly at work. The Word himself meets me in my wordlessness, and there is nothing more I need to say.

Finding Prayer in the Body

Something began to form in my body during this unbidden experiment in silence. It felt like a hollowness that hovered around my sternum. It was like nostalgia or longing, but it was physical, every bit as bodily as a headache or a cut on my thumb. It was a dull tightness, sort of like the feeling you get in your throat right before you have a good, hearty cry, but it had settled lower in my chest, and it sharpened in moments of sadness or conflict. It was an ache — a piercing, fleshy ache.

One recent Sunday during the Lord’s Supper, my heart felt as brittle, dry, and thin as the wafer that my priest held aloft. Inside me there was a deep longing, a groaning that I had carried around for months. I could not find words to explain my feelings to God, to repent, believe, or pray, but I could kneel. And as my knees submitted to their Maker, my heart followed. My priest broke the wafer to feed us and my heart felt broken open as well. What I could not pray, my tears prayed. My outstretched hands asked that I loosen my grip on the things that I demand from God and receive His grace. My body was praying and my heart was transformed, no longer stale and rigid, but the place of the presence of Christ. I simply knelt and ached. The ache was the prayer.

Our good God hears silent aches. And he knows just what we mean by them, even when we do not.

Slowly and meekly, words have begun to grow in me again, like little sprouts in the garden after a long frost. I remain grateful for words, my faithful companions. But happily these days, liturgy, silence, listening, art, incense, shadows, breath, and my body lead me into prayer, and at times words come trailing in later — welcome guests to a conversation already in progress.

Are you a new grad student? In this very unusual fall, we can recommend articles from The Well to help you survive and thrive in grad school.

Are you a new faculty member? In this very unusual fall, we can recommend articles from The Well to help you thrive in your new role.

Blog
By Sara Scheunemann
Let It Be Resolved

I used to be a huge fan of New Year’s resolutions, so much so that I took any new beginning as an opportunity to set goals...

Blog
By Carmen Acevedo Butcher
The Cradle of the New Year

Carmen Acevedo Butcher explores the connections between a newborn baby and a fresh start to the calendar year.