Meeting God in Scripture: Relying on the Kingdom of God, Illustrated (Part 2) 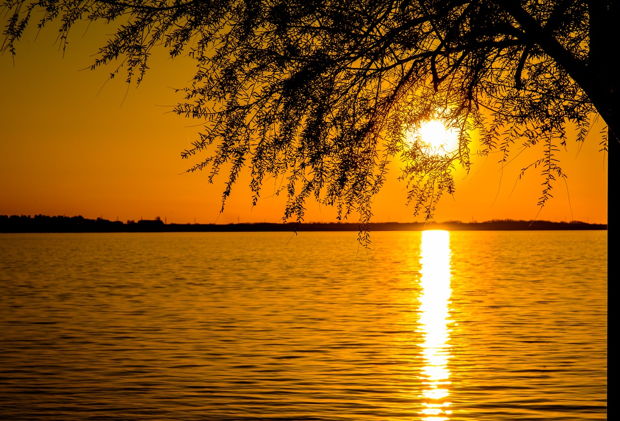 Doing lectio in the book of Daniel has been powerful for me because he lived in the Kingdom of God no matter what. As a powerless captive, he served pagan rulers from Babylon and then Persia (surviving a coup — who does that?!) with a right heart toward God and toward leaders who did not know God. He lived in the world as a politician yet was not of the world¸ retaining the deep goodness and habits of his faith in God.

In this scene, Daniel is so Kingdom-drenched that he seems unconcerned as enemies plot against him. Instead he continues his interactive relationship with God (praying three times a day) no matter what any law says. His way of being in this world was so upright and winsome that poor King Darius gets very upset by this punishment.

As you do this meditation, picture Daniel sitting in this pit with hungry lions. Dallas Willard used to say that the lions were more afraid of Daniel than Daniel was of the lions. Why? Because he relied on God and God’s Kingdom. I picture him comfortable in his own skin (due to be ripped into pieces) and the lions perhaps confused at their unwillingness to attack him. Such calmness may seem impossible for you and me, especially in those difficult meetings with colleagues, and it is impossible in our own power. It becomes possible as we focus on God and how God is inviting us to live in the Kingdom. 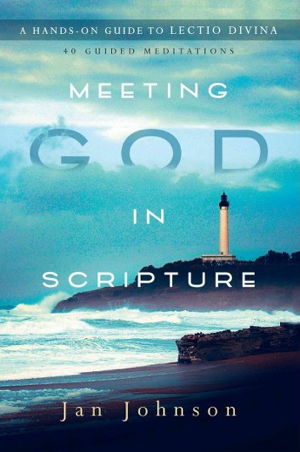 Relying on the Kingdom of God, Illustrated
(Daniel 6)

Inhale and exhale a few times. Let go of distractions. Quiet your thoughts and open yourself to God.

Optional — Consider this question: When, if ever, have you been in a situation you never would have chosen? How did you respond? Was it easy to depend on God or not?

3Now Daniel so distinguished himself among the administrators and the satraps by his exceptional qualities that the king planned to set him over the whole kingdom. 4At this, the administrators and the satraps tried to find grounds for charges against Daniel in his conduct of government affairs, but they were unable to do so. They could find no corruption in him, because he was trustworthy and neither corrupt nor negligent. 5Finally these men said, “We will never find any basis for charges against this man Daniel unless it has something to do with the law of his God.”

6So these administrators and satraps went as a group to the king and said: “May King Darius live forever! 7The royal administrators, prefects, satraps, advisers and governors have all agreed that the king should issue an edict and enforce the decree that anyone who prays to any god or human being during the next thirty days, except to you, Your Majesty, shall be thrown into the lions’ den.”

10Now when Daniel learned that the decree had been published, he went home to his upstairs room where the windows opened toward Jerusalem. Three times a day he got down on his knees and prayed, giving thanks to his God, just as he had done before. 11Then these men went as a group and found Daniel praying and asking God for help.

13Then they said to the king, “Daniel, who is one of the exiles from Judah, pays no attention to you, Your Majesty, or to the decree you put in writing. He still prays three times a day.” 14When the king heard this, he was greatly distressed; he was determined to rescue Daniel and made every effort until sundown to save him.

16So the king gave the order, and they brought Daniel and threw him into the lions’ den. The king said to Daniel, “May your God, whom you serve continually, rescue you!”

19At the first light of dawn, the king got up and hurried to the lions’ den. 20When he came near the den, he called to Daniel in an anguished voice, “Daniel, servant of the living God, has your God, whom you serve continually, been able to rescue you from the lions?”

21Daniel answered, “May the king live forever! 22My God sent his angel, and he shut the mouths of the lions. They have not hurt me, because I was found innocent in his sight. Nor have I ever done any wrong before you, Your Majesty.”

23The king was overjoyed and gave orders to lift Daniel out of the den. And when Daniel was lifted from the den, no wound was found on him, because he had trusted in his God.

26“I issue a decree that in every part of my kingdom people must fear and reverence the God of Daniel.

“For he is the living God and he endures forever;
his kingdom will not be destroyed, his dominion will never end.

27He rescues and he saves; he performs signs and wonders in the heavens and on the earth.”

Daniel A Jewish teenager who had been taken captive and had served first the Babylonians and now Darius, king of the Persians. He would have been about eighty years old by this time.

his kingdom will not be destroyed Darius recognized that Daniel’s God was a pow- erful being with a “kingdom”—a place where whatever God wanted done was done (even by lions).

1. How might Daniel have coped with being a Jew in Babylon? What might have been some of his thoughts? Consider some of the facts of Daniel’s background and character.

2. Darius seems to have fallen prey to flattery through the proposal that his subjects pray to him and no one else. When have you suffered the consequences of someone in authority over you making an unwise decision? How did you feel? What did you do?

3. Which part of Darius’s description of the kingdom of God is most meaningful for you today (verses 26‐27)?

4. Daniel exhibited exemplary character. He never sought honor or personal gain. He was a trustworthy and incorruptible government official. He became friends with kings who could easily have been his enemies. The key to his character was his relationship with God, cultivated in the many spiritual disciplines he practiced:

How do these disciplines contribute to a person’s character?

7. Scriptural connections: Kingdom of God timeline. The kingdom was in existence even in Old Testament times. The list below shows how the revelation of the kingdom of God unfolds.

​Reflect on the invitation. Read the passage aloud again. Picture what the scene might look like as if you were watching a movie. Hear the words clearly in your mind.

Spend a few minutes noticing the thoughts that have come to you. This may take the form of worship or simply resting in God’s presence

Consider kneeling and thanking God (verse 10) for sustaining you in situations that have felt awkward.

Openness to the Spirit

We like to exert control over what we see and hear — such as watching television without commercials, for instance. We also try to manage or control the Bible by seeking out verses that seem to prove what we already believe to be true or hope is true. We come to the Bible looking for a solution to a particular problem and read it through that lens. Our Scripture study and meditation should be free from such maneuvering. Instead, we should seek to surrender control to the Holy Spirit. We should let the text stand on its own and wait to see how the Spirit may address us through it.

Such vulnerability to the Spirit requires that we “welcome with meekness the implanted word that has the power to save your souls” (James 1:21, NRSV). We ought to come to the Word ready to hear whatever the Spirit might have to say to us. We should be careful not to make anything up based on what we want to hear. What comes to us may not be new or exceptional. It may be something we already know, but we need to embrace it at a deeper level. Or perhaps it is exactly what we need to hear today — right now — because of life circumstances.

A. W. Tozer describes this phenomenon:

[ The Bible ] is not only a book which was once spoken, but a book which is now speaking. . . . If you would follow on to know the Lord, come at once to the open Bible expecting it to speak to you. Do not come with the notion that it is a thing which you can push around at your convenience.[iii]

We “push around” Scripture by interpreting it within preconceived ideas of what it means, or what it means for us today. Trying to cover as much material as we can in a hurried manner generally blocks vulnerability or meekness (and how they help us sense what God is saying). The goal of interaction with God in the Word is not to finish a chapter or book, but to meet God.

Dr. Robert Mulholland calls this experience of God speaking to us through Scripture “dynamic inspiration.” He says the phrase “All Scripture is inspired by God” (2 Timothy 3:16‐17, NRSV) is translated in various ways because Paul intended several layers of meaning. The inspiration of Scripture is “dynamic” because, in addition to the writer of the book being inspired, the Spirit also inspires us as we read it.[iv]

We will find it easier to be open to the Spirit’s inspiration if we keep a “holding pattern” over the words or phrases that stand out to us. This openness to the Spirit allows God to address a problem we thought we had solved, a relationship we thought had healed or a conclusion we’ve already made but that needs to be rethought. The meditation experience may help us “re‐see” a situation so that we understand the heart of the other person and have a mercy we didn’t have before. We come away with the eyes of our hearts enlightened (Ephesians 1:18).

Dear Mentor: How does one live well as a graduate student?

Our mentors respond with advice that helped them survive and thrive in grad school.

Join us as we dip into some gentle instruction on centering prayer from Phileena Heuertz's recent book Mindful Silence — our special summer resource at The Well.

Arts, Books, and Media
By Ann Boyd
Sitting with Alice: A Review of "Mirror for the Soul"

Ann Boyd offers a shamelessly-biased opinion of her beloved spiritual director's book on the Enneagram.