Notes from the Pandemic: Considering Jesus in the Storm 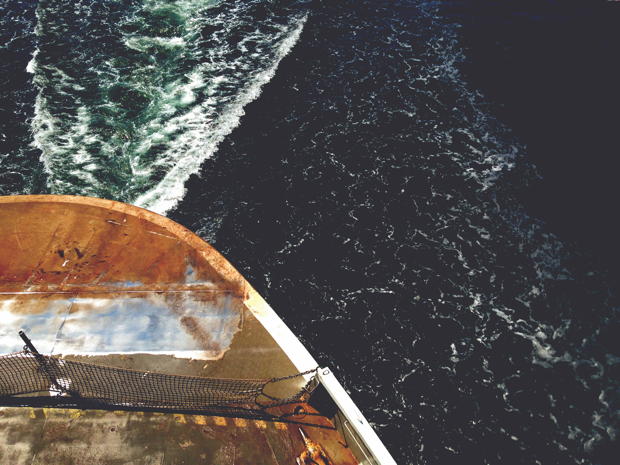 On that day, when evening had come, he said to them, “Let us go across to the other side.” And leaving the crowd, they took him with them in the boat, just as he was. And other boats were with him. And a great windstorm arose, and the waves were breaking into the boat, so that the boat was already filling. But he was in the stern, asleep on the cushion. And they woke him and said to him, “Teacher, do you not care that we are perishing?” And he awoke and rebuked the wind and said to the sea, “Peace! Be still!” And the wind ceased, and there was a great calm. He said to them, “Why are you so afraid? Have you still no faith?” And they were filled with great fear and said to one another, “Who then is this, that even the wind and the sea obey him?”  Mark 4:35-41, NRSV

I had been part of the Bible study for years when we landed on the story of Jesus calming the storm. It’s just seven short verses in Mark’s gospel, but as I drove home I worried that I had been reading it wrong. Were Jesus’s words to his disciples a scolding?

Mark’s retelling is brief. His few details render a violent scene: “a great windstorm” with waves so high that the boat was filling with water. Until recently, several of the disciples had made their livelihoods on the water, and yet even these are sure they’ll drown. They wake their sleeping leader, adding accusation to their fears: “Teacher, do you not care that we are perishing?”

The story is a great one, well-known for good reason: Jesus commands wind and waves to be quiet, and they obey him on the instant. In that sudden and complete calm, he turns to his disciples and asks them, “Have you still no faith?”

The Bible study leader had said, matter-of-factly, that the disciples should indeed have had faith — and I could see the woman’s point. Look at the circumstances: Jesus had told his disciples they’d be going to the other side of the lake, so they could be confident they’d reach it. And Jesus’s peace during that storm dictated the recommended posture: they had nothing to be afraid of. They simply should have had faith.

But the storm had been terrifying. Were the disciples wrong to have been afraid? Should they have just encouraged one another to have faith and let Jesus sleep?

Maybe instead of a scolding this story is yet another demonstration of Christ’s deep compassion.

Compassion, attributed to God again and again in the Old Testament, conveys both empathy and aid. God doesn’t only act on behalf of his children, saving and protecting; he also feels their pain and distress. In fact, his pity incites his help: it is because of his love for us that he feels our need and responds.

The Father’s compassion is fully realized in the Incarnation: as the GodMan, Christ took on the sufferings and pains of this world. He sympathizes with our weaknesses and, through the sacrifice of his own body, makes the way for us to live in obedient faith in him.

My leader’s words that night lacked compassion: they interpreted a call to faith in Christ without recalling the kindness that draws us to him in the first place.

It’s a pragmatism that is increasingly apparent to me in the American evangelical church. Perhaps this should not be surprising: Americans are pragmatic people. And the evangelical church fights all manner of systems that merit practical response.

Not only that, but pursuit of Christ is active. We are to work out our salvation with fear and trembling (Phil. 2:12). And whatever does not proceed from faith is sin (Romans 4: 23). We are to live lives of joyful obedience to Christ. Hence our practice within the church to exhort, correct, lead, and disciple.

But that exhortation is the second half of compassion. We mustn’t overlook the empathy and understanding that should be the first part of it.

Christ calls us to lives of compassion. To love others as we love ourselves means taking the suffering of others as if it were our own, even if we ourselves have never suffered it. This may ask a lot of us: we may have to imagine the pain of the other, which requires time and attention.

Moreover, our friend’s suffering may continue for a long time. They may need healing in places they don’t understand, or they may need to repent in ways they can’t yet see. And God often operates within time frames that, in our limited view, simply aren’t practical. The tendency is to speed things along, to exhort the one suffering to change or to new perspective — and this call to obedience is right. But in our eagerness to invite others to newness and growth in Christ, we can disregard the reason Christ died, the very brokenness and pain that make us need him in the first place.

Suffering these days takes less imagination than it used to. We are all impacted in some way by Covid-19, and the news abounds with insights as to how people are faring.

Many churches here in the US have responded well. Weekly events such as worship services, prayer and youth group meetings now happen on-line, providing community in Christ during isolation. My home church has looked outside our own fellowship, too, organizing food drives and rallying seamstresses.

Still, those of us who may be relatively untouched by the virus can find relief by affirming that “everything will be okay.” Good health and a steady paycheck are blessings that can also serve as blinders. And the isolation caused by social distancing limits — for many — our view onto those suffering. This is where we must continue to nurture the compassionate heart of God, mourning with those who mourn (Romans 12:15b). This grief incites us to prayer, and keeps our hearts tender toward the suffering.

Awakened in the boat that night, Jesus might have told his disciples to have faith and left it at that. They were fine. Yes, the storm was frightening, but by sleeping, Jesus showed them that they were perfectly safe.

Instead, Jesus showed them compassion. He cared about their fear. And he knows what it is to live here, to suffer, to endure abuse and pain. Throughout his ministry, he taught and demonstrated that the Gospel meets the whole person, not just part of their need or experience.

It’s the mercy of God that draws people to him, that makes his goodness beautiful and invites them to live for him. This time of local and global suffering gives us new opportunity to practice that mercy.

As his Church, let’s offer the truth of salvation in Christ. And let’s offer his comfort, too.