Queen Vashti: Choosing to Be Honorable at Personal Cost 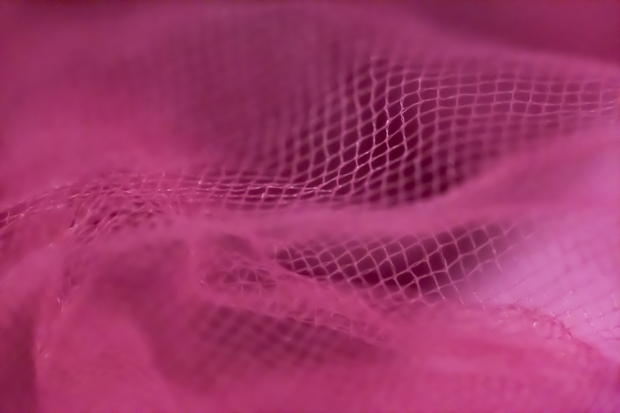 How do you make decisions? Especially when a “yes” to an invitation, request, or direction clashes with your conscience but a “no” lands you in trouble with those who have power or influence over you? Sometimes it is easier to stifle our misgivings and blindly do what is asked of us, comforting ourselves that the responsibility for the decision lies with someone else. We are tempted to settle for being pragmatic, separating our morals from "life in the real world." Being honorable seems naïve when it is costly for us. Sometimes the cost factor can be very high. I think of Corrie ten Boom who helped hide Jews from the Nazis in their family home in the Netherlands, only to be arrested by the Gestapo and put in a concentration camp where she watched her sister gradually weaken and die. Her faith made it impossible for her to not do the right thing.

Living with integrity carries with it the risk of personal cost, though our difficult decisions do not always translate to dire personal consequences. But it did for an oft-overlooked and misunderstood woman who briefly appears in the Bible. Vashti appears in the opening chapter of the book of Esther just to be deposed as Queen, paving the way for Esther, the heroine of the book, to become the new Queen. We rightly see Esther as pivotal in saving the Jewish people from extinction. Since Esther was virtuous and Vashti was deposed, we assume that Vashti must have been "bad." The reality, though, is that she was a decent woman.

What was Vashti’s fault? The king wanted her to appear at the banquet he was hosting and “she refused to come.” Historically, we learn from Herodotus that Xerxes could be cruel and despotic towards his own household. We know from the book of Esther that to approach the king without being summoned meant a death sentence — even to his wife — unless he extended his scepter. He had every reason to believe that Vashti would obey his summons, as she probably always had.

Why did Vashti refuse to come? We read that she was hosting her own party for the ladies of the land, an act of being a dutiful consort. But wives were expected to drop less important commitments for more important ones. This was Day Seven of a seven-day-long banquet for all the men in the capital city, with unlimited wine for all. We read that it was “when King Xerxes was in high spirits from wine” that he gives the order for Queen Vashti to be brought in to a room full of excessively drunken men like himself. We are given the reason why the king wants Vashti brought in. He wanted to “display her beauty” to the men because “she was lovely to look at.” He specifically wants her “wearing her royal crown,” a reminder to his subjects that Vashti belonged to him and was out of their reach. Not satisfied with only showing off his wealth (the seven-day party is the culmination of a six-month-long display of his kingdom’s splendor), now he wants to show the men that his wife is both beautiful and inaccessible. An immature whim of a drunken ruler!

Most likely Vashti did not want to expose herself to the gaping and lust of a roomful of inebriated men. They would not have dared to touch her nor made wolf whistles or cat calls, but they could easily undress her with their eyes. In refusing to come, Vashti was preserving her honor and dignity as well as the king’s. She did not want to flaunt her sexuality. Her decision is wise and modest compared to her husband’s foolish drunken order.

The king reacts in anger at such public loss of face. He is embarrassed that he is shown as unable to command his wife when he commands a vast empire. He asks his counsellors for a just punishment for her disobedience. It is telling that the spokesman views Vashti’s behavior as an insult both to the king and to all other men. They are afraid that the men will become laughingstocks when the women hear about Vashti’s refusal to comply with the king’s order. They fear that their wives may follow Vashti’s example and make their own decisions, which (horrifyingly!) will include not following their husbands wishes sometimes. Memukan’s proposal that the Queen be deposed is welcomed. The decision to depose Queen Vashti is made as a pre-emptive strike against any other woman who dares to question her husband’s authority. We note with resigned fascination that the decision-making process of the leadership is governed by their insecurity rather than their expertise. The king is easily manipulated by the advice of his sycophants and ensures that his edict is pronounced far and wide, effectively warning all his women subjects not to ever question their own husbands.

To me, the most poignant end-note to Vashti’s deposal is recorded in the first verse of Chapter 2. “Later when King Xerxes' fury had subsided, he remembered Vashti and what she had done and what he had decreed about her.” Regret came too late, when the consequences of a hasty decision made in the heat of anger could not be undone, as by law his edict could not be revoked. The regret is fleeting, as his sharp personal attendants catch his mood and turn his attention to the process of finding a new bride.

Vashti would have known that her refusal to show up at the men’s revelries would anger the king and that she would have to face the repercussions of his fury. Her choice, his drunkenness and anger, and the officials’ insecurity act together to strip Vashti of her position. But what courage to make the right choice, when you know that it will come at a personal cost.

Who do you identify with in this story? Perhaps you are someone with authority, albeit not in the scale of Xerxes. Do you stop to think about the power you wield over others simply because of your job title? Sometimes our egalitarian disposition can mask the power we have to impact others for good or ill, and even to influence the direction and culture of our institution. We need to recognize the power we have so that we can steward it well. If we are key decision-makers, we will also need to recognize that those who report to us will not always tell us the truth, especially about other people. Their point of view can easily be colored by their own fears and jealousies. We will have to figure out fair means of making decisions about a third party if the only information we receive is from someone else. Our wrong decisions can cost other people.

Maybe you see something of the advisors in you. You might be trusted colleagues that decision-makers rely on to fill them in on important details. Perhaps you are the model grad student that your professor appreciates. As a favorite student, how do you present your colleagues or lab mates to your prof? Do you downplay their successes and amplify their failures? Do you feel that if someone else shines that you have lost in some way? Do you feel relieved when they mess up? The advisors made their recommendations about Vashti based on their insecurities, rather than from their expertise. Our less-than-honest public appraisals of others, too, can stem from our own lack of self-confidence.

Some of us resonate with Vashti. We are Vashti when we don’t comply with a superior’s request because it goes against our conscience, knowing that this effectively puts us out of the running for our next promotion, or perhaps even puts our job in jeopardy. We are Vashti when we break ranks from our tightly knit groups — family, friends, church, or community — and refuse to speak and act as they do when we feel it isn’t right, causing our group to feel uncomfortable and angry or even feel that they’ve lost face. We brace ourselves for the consequences. Perhaps a friend we like will stop hanging out with us. Perhaps we will have to live with the discomfort of constant tension with a loved family member. Discarded. Disregarded. Maybe even publicly humiliated like Vashti was.

The Biblical story just records what happened to Vashti. God is not blaming Vashti for her behavior, nor is he applauding the decisions that were taken by Xerxes and his advisors against her. By repeatedly showing that Vashti is made an example — primarily to keep the other women in check — it seems as if the narrator is telling us that God’s compassion is towards Vashti. God certainly uses the circumstances to allow another woman — Esther — to become Queen and be in a place of influence to save the Jews. We know that Vashti’s story just serves as the backdrop to Esther’s story. But the specific circumstances that create a vacuum for Esther to fill arise because of the self-serving decisions of Xerxes and his advisors, not because of wrong-doing on Vashti’s part. Queen Vashti is honorable, and the narrative treats her with empathy though the men in the story do not. God speaks the last word on us even though, like Vashti, it appears to others that we have failed — and spectacularly at that.