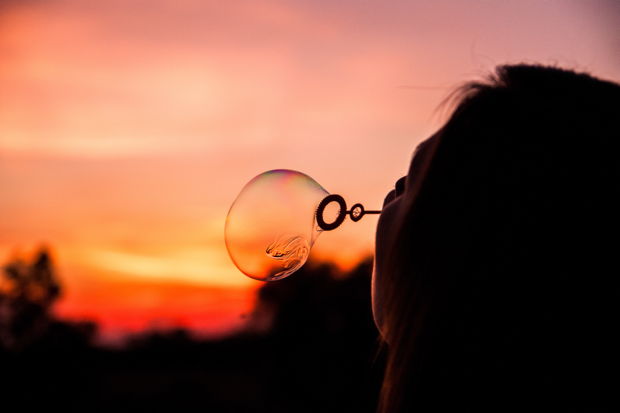 Hollywood loves a good love story — and so do most people. In fact, it’s hard to find a book or movie that doesn’t feature romance at some point. But majority culture, and even the church, is in danger of limiting our vision of love and constricting the story when we focus on marriage to the detriment of singleness.

In the early fifth century Saint Augustine, facing the opposite problem, wrote On the Good of Marriage, which countered teachings that elevated virginity as the Christian ideal. The three goods of marriage Augustine lists are procreation, fidelity, and sacrament. The highest of these, he says, is the sacramental bond — “something greater than could arise from our feeble mortality.”

While Protestants don’t recognize marriage as an official sacrament, they are usually quick to affirm it as capturing “something greater.” How many sermons and books have you encountered that refer to marriage as sacred or the church as the bride of Christ? How many pictures of rings can you find in a Christian bookstore?

There are plenty of symbols and ceremonies celebrating marriage — some more valuable than others. The Christian college I attended had a tradition called a ring-down. When a student got engaged her floormates would get together, sit in a circle, sing, and pass around the engagement ring tied to a candle until it stopped with the lucky bride-to-be (like musical chairs with expensive jewelry).

It is now years later and, like most women, I've attended quite a few showers and weddings. Sometimes as a single I long for a party of my own, but I wonder how to go about it. Singles can get creative; when my aunt turned thirty, unmarried, she bought a ring as a symbol that she was secure in her identity in Christ. But although I find encouragement in learning from other singles, I wish that I might hear more from Christian leaders, in my church and beyond, about affirming not only single people but the single state. I haven’t always felt that I also have something worth celebrating—but I believe God would say that I do.

I certainly affirm that marriage must be honored by all believers (Hebrews 13:4). But I have come to believe that we cannot honor marriage without also honoring singleness. For better or worse, there are now more unmarried than married people in the United States. I celebrate opportunities women like me have had to pursue education, a career, and independence. At the same time, I see confusion and frustration regarding marriage and singleness, with many Christians struggling with loneliness or making poor relationship decisions. Sadly, when the church elevates marriage without also valuing celibate singleness as a worthy and viable state, it compounds the problem.

Yet as I’ve studied Christian history and theology I’ve discovered that the church has a rich — though checkered — tradition of valuing the single state. At its best, it upholds both marriage and celibacy as worthy, fruitful, complementary callings that reflect the goodness of God.

While still honoring the value of marriage, I would argue that there is also a sacramental dimension in singleness that deserves to be celebrated. The unmarried state — whether explicitly chosen or involuntary, temporary or lifelong — has its own benefits. The church needs to remember that Christians throughout history have seen in celibacy a variety of images pointing to the true nature of the church now and in its eternal future.

Pointing to Something Greater

The vision of Christ and the church offered by Christian marriage is of great merit, yet it is only one image. It cannot fully capture the character of God and his relationship with human beings. While marriage points to the exclusive covenant love between God and his people, singleness offers insight into God’s inclusive, dynamic love that desires to draw the whole of creation into fellowship with the Trinity. Out of this love humans were created to live in community and share love with all their neighbors.

Jesus further calls his followers to give priority to a new spiritual family in which earthly statuses and relationships are reconfigured. The church, represented in Scripture as both virgin and wife, embraces and fulfills all states of life. As Jana Marguerite Bennett writes in Water Is Thicker Than Blood, “The church puts forth a holistic vision of what it means to be married and single and draws these states of life into itself, as the Body of Christ.” The very presence of single people in the church testifies that we are all God’s family; we belong fundamentally to Christ and to one another.

As we contemplate this unity, we remember also that in this age each of us remains incomplete. Throughout 1 Corinthians 7 Paul emphasizes that “the time is short” and “the world in its present form is passing away” (7:29, 31). Yet as this “short” era continues nearly two millennia later, the life of the church is threaded with longing. All believers, regardless of relationship status, experience desires that are never fully satisfied. This testifies to a future consummation not available in this world.

Those of us who are single may be tempted to turn to self-pity or imbibe the message that we are incomplete because we are unmarried. Instead, knowing the whole story arc, we can take the lead in channeling our desires to help us draw closer to God. Single people can also stand as a reminder to the church that satisfaction cannot ultimately be found in marriage, children, or anything in this world. Instead, believers must seek fulfillment in God now and live in hope that much greater things are to come.

Finally, singleness points to the nature of that future life when Jesus returns to renew all things. Jesus taught that “at the resurrection people will neither marry nor be given in marriage; they will be like the angels in heaven” (Mt 22:30). Scripture does not provide details about life after the resurrection, but it is clear that relationships will be radically transformed. With death destroyed, people will not need to reproduce. Their primary identity will be as “God’s children, since they are children of the resurrection” (Lk 20:36). Most Christians historically have agreed with Augustine that people will be raised male and female, but without lust or baggage of gender dichotomies and dominance. Every human relationship will be drawn into the unity of God’s people and into the marriage of that Bride with Christ. Even now the church spiritually participates in the new heaven and earth as God indwells the family, household, and city that is his people. Christians must keep this future in mind and let it inform community life and mission today. Singleness can remind the church that its members are defined ultimately not by their marital state but by their identity as the people of God.

I get excited about these spiritual truths; they have strengthened me through many ups and downs. Yet there is a disconnect between what I believe and what I see every day. Majority American culture bombards us with individualistic messages about sex and romance as not only basic rights but central to identity and happiness. The church has rightly defended the sanctity of marriage. But there will always be Christians who, for a variety of reasons — including personal choice, life circumstances, sexual orientation, widowhood, or divorce — are unmarried, and they need support too. Each single’s situation and needs are different, and it’s not easy to know how to best attend to them. Yet the church can begin with a renewed theological vision that sees godly, fulfilling singleness as sustainable, desirable, and valuable for God’s people as a whole.

One of my friends recently asked me to read a passage at his wedding. It was from Revelation 21, about the New Jerusalem as the Bride of Christ. I was honored to stand before the couple and guests and proclaim the hope that we all will be joined to Christ in the Wedding to end all weddings. In this love story there is room now for good in both married and unmarried states, and everyone can have a place in sharing and representing something even greater.

Rebecca Carhart is an associate project editor at InterVarsity Press. She has an MA in Christian Formation and Ministry from Wheaton College Graduate School, is a trained spiritual director, and serves in several ministries at her church. A native of northeast Nebraska, Rebecca lives in Glen Ellyn, Illinois, and blogs at rebeccafaith.wordpress.com.

Reflections
By Christine Wagoner
Teak Furniture and Me: Pondering my Journey from Singleness to Marriage

Christine Twedt reflects on the ways God has shaped her life through singleness as she stands on the brink of matrimony.

I was at the grocery store the other day perusing the cheese cases and was excited to see they were giving away samples of gourmet cheeses. The woman handing out the samples engaged me in small talk, chatting about the delicious cheeses . . .