Spiritual Vitality in the Academy: One English Professor’s Practice 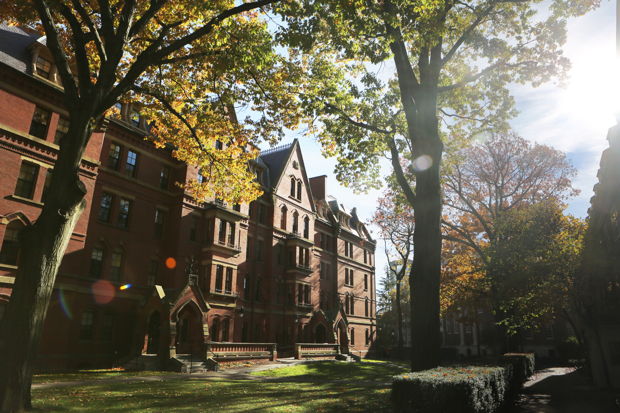 A Spiritual Discipline That Sustains

My first encounter with Sue (not her real name) occurred at a weeklong gathering of writers. A former English professor with fifteen years’ experience at several universities, Sue now enjoys the opportunity to do a range of consulting projects. She exudes an enthusiastic love for Scripture as literature and truth. Curious to hear how she had maintained her spiritual vitality while teaching, I asked if she would join me to talk over a meal. With her permission, I share some of our conversation here.

Sue, what practice has helped you abide in Christ while in the midst of your teaching responsibilities?

I was very fortunate that my husband and I shared the desire to be intentional about finding ways to minister together as a team, and our church and community often gave us opportunities to do just that. Although he has passed away, I am continually grateful for our 44 years of marriage and how we worked at cultivating our faith by seeking out writing and teaching that encouraged and challenged us as we sought to follow Christ.

As I reflect on my work as an educator, I recall one faculty position that involved a daily 50-60 minute commute, both to and from campus, to teach morning classes. Fortunately, I was able to share the expense of the drive by carpooling with colleagues. Although I know some people could have used that time for prayer and meditation on Scripture, I was unable to. The trip not only took two hours of each day, but it also meant I was with people during that time, so I could not use it for devotional time.

I am not a morning person, so getting up early wasn’t a realistic option for me. But I eventually discovered that if I could make it to campus every two or three days with enough time before class, I would shut the door of my office and spend just a few minutes reading my Bible. This routine didn’t require a tremendous time commitment — I usually had only 10-15 minutes to read a handful of verses. But it was a spiritual discipline I could practice within my vocational life, and I felt like it kept me grounded, so that when I left my office for the classroom, I wasn’t running out barefoot or unprepared, but with my shoes where I needed them, ready to put on as I went from my office to my classes.

Can you recall an instance when you noticed how this particular practice made a difference in your day?

There’s no doubt that this time of reading Scripture impacted my work, but I can’t really describe how, in any specific way. I just found it important to make sure the last things in my mind before I began teaching were God’s words and his thoughts. I wanted to have them echoing in my heart and mind through the remainder of that day as I talked with students and graded their work.

Spiritual Growth in the Crucible of Teaching

As we continued our conversation, I asked Sue if she recalled any particularly challenging interactions with students. She described a time, early in her career, when she taught at an engineering school consisting largely of male students. The class asked her about an upcoming essay test and whether they had to memorize the authors and titles of the works being covered. She replied that it was the ideas in the pieces — not the writers — that were important for the students to discuss on the exam.

A few days later when she administered the test, one student — an adult learner close to her age — handed in his exam five minutes into the class session. After he left the room, she saw that he’d written almost nothing on the test.

When she spoke with the student later, he expressed frustration that her test questions were not consistent with what she had told the class. Sue shared some more details about the experience:

In response, I slammed a book on my desk and told the student he had clearly misunderstood the information I’d provided about the exam.

Halfway home from school that day, God convicted me about how I had talked with this young man. I knew I had been wrong in how I spoke to him, and that I needed to admit it. I did not want to apologize — especially to a male student so close to my own age — but I felt it was what God was asking me to do. My sense was that he wanted to build my character, and that his guidance was more important than how I might be treated or perceived.

So I invited the young man to meet again, and he agreed. When we talked, I acknowledged that I had responded in anger, that I should not have slammed the book, and that no student should be treated that way by a faculty member.

This was a meaningful experience for me — to be prompted by the Holy Spirit and to have obeyed his guidance was something for which I am grateful even decades later.

It’s been a few months since I had the blessing of meeting Sue, and I have continued to ponder our time together. I appreciate the gentle simplicity of Sue’s devotional practice. Rather than feeling compelled to forfeit much-needed rest or forcing time with God into an already-full schedule, Sue gave herself permission to seek God during the moments that were available to her — wisdom that I and many others would do well to heed in our own lives. Sue received the gifts from her moments in Scripture as the simple, spiritual sustenance that was central to helping her remain attentive to God during the often-mundane daily experiences of life and work.

As I reflect on Sue’s wisdom, I am reminded of Paul helping the Ephesian believers understand how to “be strong in the Lord” by donning his spiritual armor, including the exhortation that for shoes, believers should “put on the peace that comes from the Good News so that you will be fully prepared” (Ephesians 5.10-16). Sue’s experiences provide a picture of what can happen when a believing faculty member is intentional about staying connected with Scripture and listening for the Spirit’s gentle guidance.

Blog
By Sharon Carnahan
Working It Out: Putting Work in Its Proper Place

Yesterday, I was tired. God, I was so tired and fed up with work. Squabbles, self-centered shirking, decisions made by cronies instead of qualified people, endless stacks of papers to grade, entitled students . . .

In Focus
By Christine Jeske
Running Through Airports: Why I Travel for Work

For Christine Jeske, speaking for many academics, travel is worth the effort.