Economics for the Common Good: An Interview with Diane Schanzenbach (Part 2)

I met up with Diane Schanzenbach at the Institute for Research on Poverty's annual conference in Madison last summer. Diane is a professor in the School of Education and Social Policy at Northwestern University. An economist, she is on a two-year leave of absence to direct a non-partisan economic think tank, The Hamilton Project, at the Brookings Institution in Washington, DC.

In the first part of this interview, we discussed Diane’s research, her faith, teaching, and mentoring. 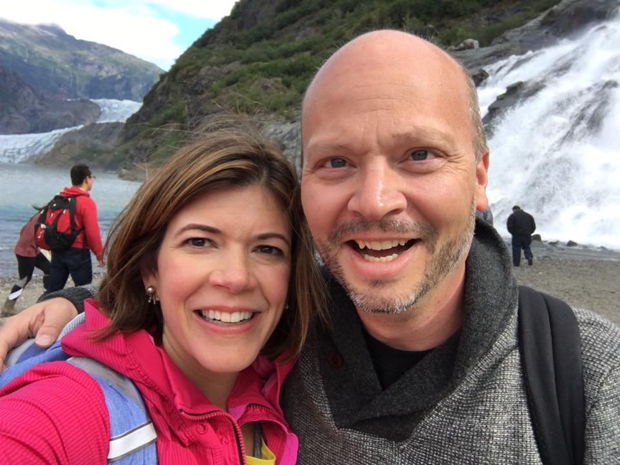 Let’s talk about your family.

We haven't talked about Max. You probably want to. My sainted husband, I like to call him.

I went through grad school and the post doc single and frustrated with that. You know, I had dated a lot of nice guys, but nothing was really right, nothing really fit. And so I was frustrated and went on eHarmony between my time in Berkeley and Chicago, so I had some matches in Berkeley and some matches in Chicago. We met on eHarmony. He was the ninety-ninth match. And even though he was the ninety-ninth profile to match, he was only the second guy I chose to meet in person.

We were both in Chicago at the time. And as it turned out, he also has a PhD in economics. And we had, literally, a dozen mutual friends.

Had you met each other before?

No, nobody introduced us.

But once you were together, did people say, "Oh!"

"I should've introduced you two!" It's like, "Yes, you should have!" [Laughs]

What in the eHarmony link made you want to meet him in person?

One of the things that eHarmony did was tell me what in our personalities was going to make this a good match. About my match with him, it said, "Diane, you take yourself too seriously, and what you need is somebody who's going to be able to lighten the mood with jokes." And there is not a week that goes by that that isn’t true.

I remember one of the moments I fell deeper in love with him was when we were dating and I saw his father load the dishwasher, without being asked. I thought, if a man of that generation is getting up and clearing the table and loading the dishwasher, that's going to be a good son. And he has been.

When I was on the tenure track, trying to get tenure, I felt like, this is too hard, I can't do it. And Max has been a tireless champion saying, "You can do this. Let's figure this out, how to lighten your burden, so that you can do that." And I'm very grateful. He's amazing.

You’re both economics professors — do you find you share a lot of economics talk with each other at home?

It's fun that we're able to talk about our careers. But I've had to put some boundaries up. We’ve made our bedroom an economics-free zone. [laughs] 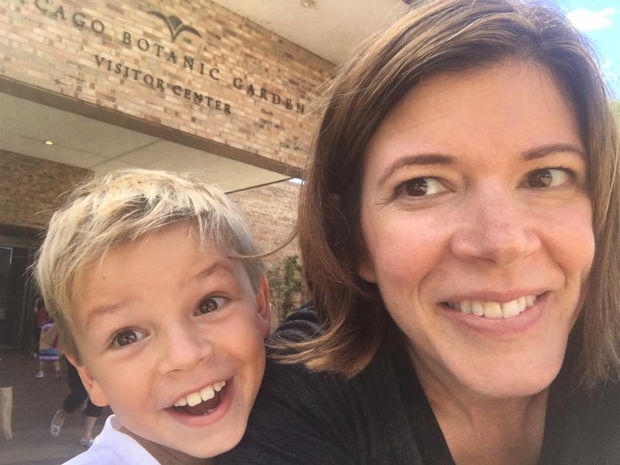 You have three children. Did you have any children pre-tenure?

Yes. I was thirty-two when we married, and we basically had kids almost right away, because the biological clock was ticking. We were given the advice, "Wait until after tenure to have kids." [Laughs] So you know, how old was I when I got tenure? Probably thirty-seven. I couldn't wait until then. But then the advice became, "Well, if you're going to have kids before tenure, just have one." And I had two. I had the third after tenure, and I will say that a post-tenure baby is easier than a pre-tenure baby! [Laughs]

Do you have some childcare besides your husband and family?

Since our oldest son was born, we've had the same nanny, which has been terrific. She loves our kids. She runs a tight ship [laughs]. She's just absolutely indispensable. And we have a house cleaner, and then our nanny does a lot of the light sort of daily work. She does the laundry, which is a blessing. She didn't originally do that, but basically she saw how pathetic we are, and she just took pity on us. She does a lot of straightening and stuff like that.

I do cook a lot of our meals, less so this year when I've been commuting, but most of the time. I'm a big crock-potter. And I have a friend in California who makes her menus a month at a time, with all of the recipes and the grocery lists. And she sends them to me. So largely, we're eating the same things that her family is eating [laughs], because she's done all of the planning. I've tried some of these online, like Blue Apron, and none of them are as good as my friend Laura.

Laura needs to go into business!

You may get comments on this one, "Please, can we get Laura's number?" You might want to be prepared for this.

What would you like to say to women reading this who are just starting out as academics?

One thing that is important to recognize is that, as a woman, you often get asked — because you bring diversity to different panels, committees —to do things where you think, "I should do this to be a good citizen." But it's going to take time. It's going to take six hours, it's going to take a day, whatever it's going to take. I got great advice from Hilary Hoynes, my mentor, that even though you're going to feel bad, because we like to be nice, you have to say no. You have to say no. You're not going to get credit for most of those things when it comes to tenure time. So I had to develop a thick skin and learn how to say, "I'm so sorry. I can't participate." No excuses, just say no. One time I agreed to write a non-refereed publication, some small thing you get asked to do. And someone senior in the field who I knew a little bit saw my name on the list of contributors and sent me a note. It just said, "You should never, ever..." I probably still have the note. It was all in capital letters:

We need to be giving each other advice during this time on the tenure track, and with young kids at home. Nothing is more precious than time.

I was recently with one of my junior colleagues who was feeling very frustrated that she was having a hard time publishing in her first couple of years out and was feeling very tense about that. I showed her, in my own career, there was not a real publication for basically four years after I finished my degree. And then a bunch of them hit at once. And it’s just part of the production process, you chip away, chip away, chip away, and you feel like, "This is never going to come together." And then it does. You just have to be patient.

Diane, you have such a full life! Do you ever get time to read outside of professional work?

Yes, I do! Especially on airplane trips. Our oldest is dyslexic and one of the things that works for dyslexia is listening to books. People working with dyslexia teach you that you can train your ear to hear at a faster rate.

Yes! You have to speed it up a little bit over time to train your ear. I try to go back and forth between fiction and nonfiction. I just read Evicted, about the experiences of people who were evicted from their homes, especially in the light of the Great Recession. And I'd recommend it to anyone. This summer I listened to the whole Bible on Audible — it's seventy-four hours. I thought it would be interesting, you know, to read it cover to cover, and it was. And I re-read Middlemarch pretty much annually.

And for economics, I just read Angus Deaton's book called The Great Escape. Deaton won the Nobel Prize in Economics this year. And this is a book about the benefits of economic progress broadly, in terms of how much better it's made people’s lives. And so he goes through what it's done to mortality, what it's done to height, stunting, etc. He is a masterful writer. He’s no Marilynne Robinson, but he tells the story in such a compelling way. It's really interesting.

We’ll have to check these out. Thank you so much, Diane. We are grateful for you and your work.
Tags:
parenting | marriage | gender | faculty | books

Diane Schanzenbach
Diane Whitmore Schanzenbach is associate professor in the School of Education and Social Policy at Northwestern University. She is an economist who studies policies aimed at improving the lives of children in poverty, including education, health, and income support policies. She’s not ashamed to admit that she met her beloved husband Max on Eharmony. They have three young children and live on Chicago’s north shore.
See other contributions by this author