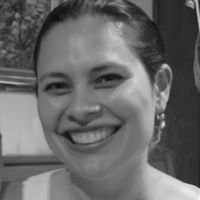 In this regular feature at The Well, we hear the stories of women seeking to follow Christ in the university and professional worlds.

A Voice at The Well: Ruth López Turley

Current position: Assistant Professor of Sociology at the University of Wisconsin-Madison

Did you grow up expecting to be a professor?

That’s a good one! I had no exposure to professors growing up. Growing up in Laredo, Texas, I’m not sure college was even on the horizon. I come from a very poor family. No one from my family had gone to college — my mother had an eighth grade education and my father had a third grade education. In my family if you finished high school it was a huge accomplishment.

My mother, a single mom, had multiple jobs trying to make ends meet. She was also in multiple relationships, had six kids of her own, and was raising six kids from my father’s previous marriage. She did her best under the circumstances, given what she had, but wasn’t able to give any of us much attention. I got the attention I craved from school, from my teachers. Everyone needs an escape when things are hard at home. For me, it was school — in a probably unhealthy way. I was obsessed with doing well, not just doing well — I wanted perfection.

How did you end up at college?

When I got to junior high and high school, I had a few teachers who took notice, in particular a high school guidance counselor who had been my sixth grade science teacher. This was good because I went to a very large high school. For me, getting lost in that situation would have been the end of the story. Outside of this counselor, I didn’t have any information about going to college, preparing for standardized tests, etc., things people here take for granted. Where I grew up this wasn’t common knowledge.

The guidance counselor took notice that I was doing very well and started taking me in, giving me information, in particular about a program at Harvard for high school students who wanted to get ahead and get college credit. I thought, there’s no way I can afford this, and it’s Harvard! I went to my mom. She didn’t know anything about colleges, but she recognized the name Harvard. I applied and was accepted, but had no idea how to pay for it. No one told me about scholarships or financial aid. So, I raised the money by writing letters and going around to local businessmen and the local banks and was able to raise the $2,000 needed.

What happened at Harvard?

Well, I had just turned 17 when I went, between my junior and senior year. There I met Steve, my husband, who blew me away. He actually took over in a very active way the role that my counselor had started. Both his parents had graduate degrees. He had been studying for the SAT’s since the eighth grade. He had gotten an almost perfect score on the ACT. He actually is one of the smartest people I know and I hang out with a lot of smart people, but he is truly one of the smartest.

Steve bought me a study guide and gave me all this information that I didn’t have before — the FAFSA forms, college applications. That fall I retook the SAT and substantially increased my score. Steve literally turned my life around, and his support has just continued. 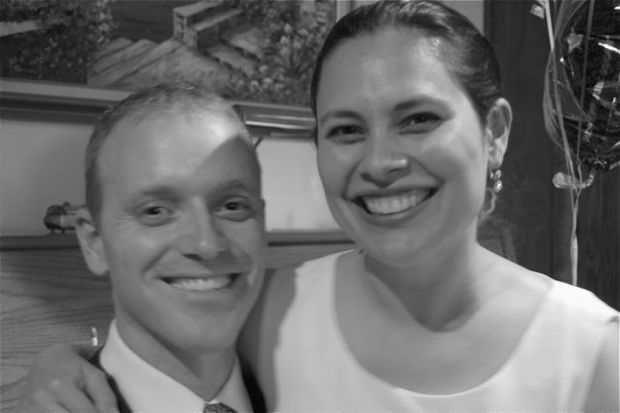 I take it there was a romantic relationship going on at the same time?

Of course! I had another boyfriend before that summer who I quickly got rid of. After Harvard, Steve and I began a long-distance relationship, as we were both finishing up high school. It was before email. We wrote to each other every day for the next year. In the process of letter writing, besides helping me with college applications, he tried to convert me. I grew up Mormon. My mother had been Catholic and had converted to Mormonism. The funny thing is that Steve doesn’t really believe in missionary dating. He had his own personal policy — no missionary dating. But when we first met at Harvard and he heard me talking about my youth group, he assumed I was a Christian. I think you hear what you want to hear! It was a few days later that he discovered I was Mormon and he tells me now in retrospect, “It was too late! I was already in love. It was too late!” So he thinks God kind of withheld information from him, knowing he wouldn’t do the missionary dating thing. Steve says, “I was already in love, there’s nothing I could do now but try to convert you. “

The Christianity I heard about from him had a major difference from the Mormonism I grew up with. I have a lot of respect for the Mormon church. I think the strict upbringing was good for me. They do a lot of things better than a lot of Christian churches. But I converted when I understood the concept of grace — it was so freeing to me. One of the reasons I was working so hard in school was a desire for righteousness and learning about grace was incredibly freeing.

We agreed to apply to the same schools and were both accepted at Stanford. There I became a Christian and was baptized with several others in a water fountain on campus — very public. We got married at 19, the summer after our sophomore year.

How did you come to study sociology?

Before I went to Stanford as an undergrad, I didn’t know what sociology was. I actually started off in chemistry, and got clobbered with their weed-out courses. Afterward I discovered you take them multiple times. But I took a sociology class and I was blown away. It really caused a lot of self-reflection about my own upbringing. I knew this is what I wanted to study because this is my experience. So now I study educational inequality in the US. I study things like information channels and college proximity and all these issues that are huge for people who grow up like I grew up.

Did you know you wanted to go on for a PhD?

At Stanford I was exposed for the first time to people with PhDs, and women with PhDs. That was huge, that was really huge. Oh, women can do this too! Women can be professors! One woman in particular played a very important role as my advisor and I still stay in touch with her. She was my inspiration. Because of her, I thought, “I could do that — I love studying and I could do that. I would love to be a professor someday.”

Steve was extremely supportive and said, just apply to grad programs and wherever you get accepted, I’ll apply nearby. I did look for programs with seminaries nearby and in the end I went to Harvard and Steve went to Gordon-Conwell Theological Seminary.

What would you like Christians to understand about your field — how is your study/work relevant to other Christians?

One issue that has been pulling on me because I study educational inequality is white flight. I’m concerned about the role Christian schools play in white flight. I know they were not founded for the purpose of doing that, but often end up contributing to it. That is an issue that is bothering me. I keep hearing the talk at my church of people who do not want their kids in the public school system. What I hear is that my church friends don’t want their kids to go to school with kids like me. They don’t mean to say this, but they’re describing “me.”

What do we do now? What do we do when we are leaving all these kids behind? How much I would have benefited from going to school with kids who knew all the information that Steve gave me.

What do you do when you aren’t studying or working?

Enjoying my family. We have two sons, Alejandro (born in 2006) and Gabriel (born in 2008). Steve just completed his PhD in history in May of 2009 and is working for IVCF in faculty ministry at UW-Madison.

Dr. Turley’s work aims to improve the connection between education research and policy/practice. In 2011, she founded the Houston Education Research Consortium (HERC), a Research-Practice Partnership (RPP) between Rice University and ten Houston area school districts, representing almost three quarters of a million students. HERC’s research agenda is jointly developed with district leaders, and research findings are shared directly with decision-makers, with the ultimate goal of improving educational equity. In 2015, Dr. Turley founded the National Network of Education Research-Practice Partnerships (NNERPP), which supports, develops, and connects RPPs throughout the country. There are currently 30 member partnerships representing cities such as Chicago, Los Angeles, New York, and San Francisco. To date, she has raised over $25M in research grants for this work. Dr. Turley has served in various elected and appointed positions in national associations such as the American Educational Research Association, the American Sociological Association, and the Society for Research on Educational Effectiveness. She also served on the Texas State Board of Education’s Long-Range Plan for Public Education Steering Committee. She completed her undergraduate work at Stanford University (1996) and her graduate work at Harvard University (1999, 2001). She was a first-generation college student, originally from Laredo, Texas.