In this regular feature at The Well,, we hear the stories of women seeking to follow Christ in the university and professional worlds.

A Voice at The Well: Susan Cross

Graduate work: MA in higher education from Ohio State University and PhD in social psychology from the University of Michigan 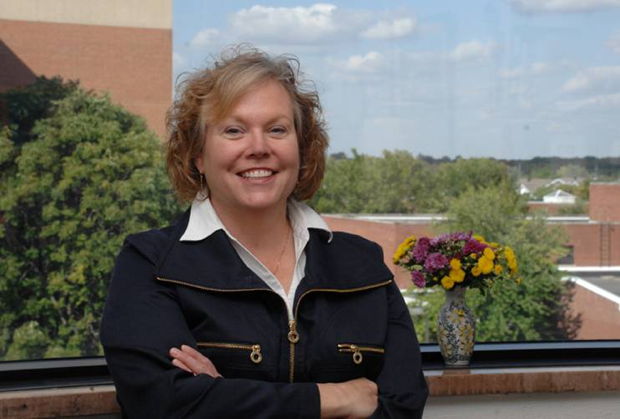 What specific research, study, or work are you involved in?

My work focuses on the intersection of research on self, relationships, and culture. In particular I work on how people think about themselves and how this influences behavior; how the concept of honor is understood and its implications in the US and Turkey; and the concepts of self and close relationships in China.

How did you come to study these topics?

I became a social psychologist because I think the field addresses many of society’s urgent problems, like prejudice and discrimination and aggression and violence. It falls at the intersection of society and the individual. I became interested in research on the self through work with a faculty member at the University of Michigan. But I came into graduate school with an interest in culture because my parents lived abroad for a while and I’d been able to visit Saudi Arabia and Japan. I realized that people in those countries thought very differently than we in the West do, and there were not explanations for that in psychology. So, in graduate school I began to integrate these interests.

What do you enjoy about your study or your research?

I really love learning about cultural variation — how different beliefs and world views and ideologies influence what we used to think were basic universal processes. Like thinking.

Westerners and Chinese think completely differently. This difference can be traced to early Greek thinking in the West and Confucianism and Taoism in the East. So, for example, Americans and Westerners are uncomfortable with contradiction and believe it should be resolved. Cognitive dissonance is a huge motivator for us. We want to resolve contradictions in all parts of life.

East Asians live perfectly happily with contradiction. Their way of thinking allows for contradictions. They don’t feel like they have to resolve them. Through this work in cultural psychology, we’ve found that processes that were identified in the West and assumed to be universal are not present in everyone. And the implications are important for a wide array of phenomenon: our legal systems, social behavior, and how we understand other people’s behavior.

When Americans look at a picture, scene or an environment, they hone in on a target object. Researchers have shown this with eye tracking studies. East Asians spend more time than Westerners looking at the background and the context. Everybody remembers the target stuff — the main objects in a picture — but East Asians tend to remember what’s in the background of a picture much better than do Westerners. To East Asians, everything works together, and everything influences everything else, resulting in a more holistic world view.

The Western, analytic way of thinking comes from Greek thought: Westerners tend to see very simple explanations for things and focus on specific objects. One of the early Greeks said that logs float because they have the principle of levity, not because of their relationship with the water. He argued that it was something inherent in logs that made them float. Only later did Westerners realize that it is the relationship between the log and the water that makes the log float — something East Asians knew well before the Greeks.

East Asians have an orientation toward the world that takes into account more factors. And that’s part of being collectivist. For East Asians (and many other people in collectivist societies), people aren’t individuals alone; they are part of families, groups, and society. So to understand someone’s behavior, you look at their families, their environment, or the situations in which they find themselves. In many ways, Chinese and East Asians are fundamentally social psychologists, because they’re interested in how the environment influences behavior. Americans are historically personality psychologists — focused on the individual more than on the environment or situation.

How does your faith connect with your study/work?

It seems to me one of the best ways people glorify God is to be curious about God’s creation. That includes culture and humanity. I believe research is a way to glorify God and to enjoy God’s creation. Plus, I think that part of what drove me into social psych was research on prejudice and discrimination. When people understand each other, they’re more likely not to have prejudices and negative attitudes towards other groups.

I think God wants us to live in harmony with other people, and I hope my research is one way to contribute to that.

For me, it’s an issue of understanding how people think. If we understand how others think, then it’s easier to articulate what we think and believe and who Jesus is in ways that other people understand.

My work helps me to see how we Westerners frame Christianity, how our Western ways of thinking influence our thinking about Scripture and Jesus and faith. I live in the West, where we tend to focus on religion as personal and not communal; we tend to focus on what we believe and not our life in community here. Another example is the Western tendency to divide faith from action. I don’t think that people in other parts of the world would understand how we can believe something but it doesn’t shape our behavior.

What would you like Christians to understand about your field?

I’d really like people to know that the science of psychology and the popular image of psychology sometimes are very different. We’re not all doing therapy. We’re not all trying to read people’s minds. We’re not all godless humanists. There’s lots of really interesting science in psychology; familiarity with that science helps one to think critically about life. And I’d like people to know that psychology — particularly in my field of social psychology — is applicable to anyone, anywhere, in any field. To understand why people behave the way they do and how the environment shapes behavior is interesting and important and fun.

How is your study relevant to other Christians?

Boards, including church boards, already do include many concepts from social psychology. For example, the concept of groupthink derives from social psychology and is applicable to any decision-making body. We’ve learned it is good not to vote on something the first time it’s introduced. It’s important to discuss, go away, come back, and then discuss it again. Otherwise it’s easy to be persuaded or conform to the group just because the group seems to be moving towards a particular decision. Many organizations use that procedure to avoid the consequences of groupthink.

We can make the Holy Spirit’s job easier if we understand our own faults and flaws, if we understand the pitfalls we can fall into because of our human nature. And I don’t think that God necessarily wants us to be ignorant of these things. God has helped us discover them so we can be wise.

What gives you the most pleasure in your current study/work?

I love the intellectual adventure into domains that no one’s gone into before. That’s what makes academic life really fun and fulfilling. I like teaching and being part of the university, but discovery is really exciting. Learning new things, meeting new people, and putting things together in ways that people haven’t ever done before are a great thrill and privilege.

What are your interests outside of school/work?

I spend lots of time with my two boys (ages 11 and 15) and my husband, who’s also an academician. I sometimes speak to graduate student groups about work-family issues. I’m also involved in church small groups and Bible studies. I garden in the summer and I read in the winter.

How do you manage a family and children?

When students ask that, my first answer is, “Marry the right person.” Marry someone who shares your goals and aspirations and does their part. I couldn’t have done it if my husband thought the children were all my responsibility. And it helps to be married to someone who’s also an academician and understands this world.

In addition to marrying the right person, the thing about families is to find a balance in work and family life and to be willing to sacrifice for the sake of those two. I have relatively low expectations about how clean my house will be, how I look, and other things. I’ve also been fortunate to find good help — people who wash our windows or mow our grass or change the oil in our car, because we can’t do it all.

What is the latest book you’ve read for pleasure or outside of your field of study or what book would you like to recommend?

The Help — I so seldom remember what I’ve read for fun, but I love that book. It illustrates nicely prejudice and discrimination, the consequences of stigma and oppression, and the assumptions that people in power make because they have power.

What else would you like us to know about you?

I attribute being a faculty person to experiences with InterVarsity, where I was taught how to think and how to love the university. These experiences have stood me in good stead in lots of ways personally, spiritually, and professionally. I became involved with IV at Texas A&M and was on IVCF staff between graduate school stints. I met my spouse the first week of school at an IV graduate Christian fellowship meeting. I owe IVCF a lot!

Thank you to Joanne Marshall for interviewing Susan for The Well.
Tags:
STEM | race | faculty