Emerging from the Silence

Monday, Michael Brown’s parents asked the media and the protestors for a day of silence so they could memorialize their son. I was thankful for the silence. I needed it. I also needed our Sunday church services (morning and evening) to renew my mind regarding God’s sovereignty. I needed to shout out songs of victory and experience the Holy Spirit’s renewing power. But a new week is upon us and it’s time for me to emerge from the silence.

I wasn’t aware of Michael Brown’s death until a week after it happened. On August 9, my husband and I picked up friends from the airport for a week-long celebration of our one-year wedding anniversary. I spent much of that week on vacation in Tobago with virtually no TV or Internet access, and one of the running conversations I had that week with my friend Harold was the challenge to embrace social media as a platform and to create space to give voice to the work God has called me to do.

After only a few days of being “unplugged,” Robin Williams had committed suicide, the Ebola virus was spreading uncontrollably in parts of West Africa, there was ongoing violence in Gaza and other parts of the world, and the city of Ferguson was filled with protestors and police in military gear. The onslaught of bad news filled me with an incredible sadness that left me feeling overwhelmed and slightly nauseated. 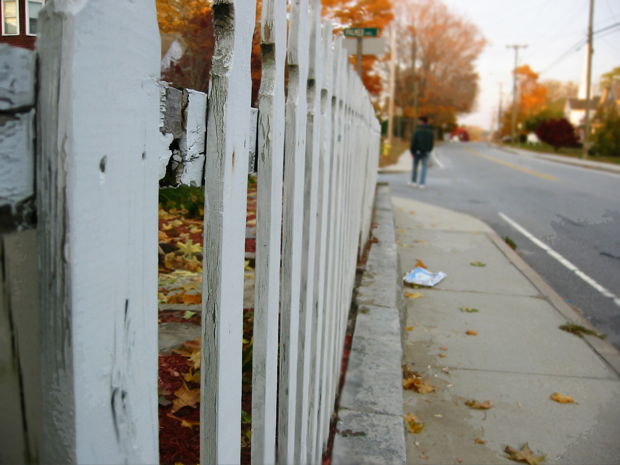 Last week, I couldn’t sleep. My first week back at work was attending InterVarsity’s National Service Center Day of Prayer and our annual Cabinet retreat. The days were filled with our meeting agenda, and at night I scoured the Ferguson-related articles and blog posts — grieved by the systemic racism, injustices, and the militarization of the Ferguson police department as they attempted to restore order to the city. My eyes were continually drawn to the comment sections. I was struck by the differing views of what was unfolding — the way in which an individual’s social location affected what they saw, how they interpreted what they were seeing, the questions raised, and the “truth” that person desired to see uncovered. Regardless of how objective or balanced the articles appeared to be, many of those leaving comments were vicious in their dissenting responses.

My week was filled with lament, prayer, a day of fasting, and conversations with several Cabinet members about what was happening in Ferguson and how I was wrestling with that. Although I was thoroughly engaged, in the social media spaces I was silent. And for the first time (even after a couple of years of wrestling with the members of the Multiethnic Ministries Department about doing more writing), I experienced the deafening sound of my own silence in the social media world. I realized, as the Director of Multiethnic Ministries, it is time for me to raise my voice. I am thankful for the bloggers and social media savvy members of our staff team who have already posted articles and many other former staff and friends who shared encouraging words, updates, and resources with folks inside and outside of InterVarsity.

The tragic circumstances of Michael Brown's death have created a significant moment in time, attracting national and international attention. As an African American woman born in the mid-1960s on the anniversary of Martin Luther King Jr.’s “I Have a Dream” speech, I am achingly familiar with the struggle for civil rights. I am a direct beneficiary of the civil rights awarded through the courts and by the courageous and visionary men and women, college students, and young children who stood up to policemen, vicious dogs, and fire hoses so many years ago to secure a better life for themselves and the generations following. In recent days, the litany of blog posts and news stories remind us all too well that the struggle for equality is far from over. There are ongoing battles to be fought and won in this generation.

This is a significant moment for InterVarsity Christian Fellowship. The events in Ferguson, and the broader social discourse, will serve as a test for our core value of ethnic reconciliation and justice. As a ministry committed to establishing and advancing witnessing communities on our university and college campuses that are growing in love for people of every ethnicity and culture, how we attend to the events unfolding in the public square will either lend credence to our commitment or cause our words to have a hollow ring.

As I stood at the altar on Sunday night, there was an ethnically diverse prayer team ministering to those who had come up for prayer — Black, East Indian, Asian, Multiracial, and White ministry leaders serving together. At that moment, my tears of lament turned into a war cry of intercession for InterVarsity. I sensed the need to intercede for our “multiethnic witness.” Too often when situations are racially and politically charged, our default is to retreat to the comfort and safety of our respective ethnic communities so we can surround ourselves with those who are most likely to understand and agree with us. We have to refuse to allow those moments of retreat to become lines of separation. Let’s commit to continuing to learn together and minister together. There is strength in our diversity. There is strength in our unity.

As we move forward, here are a few suggestions that can help us navigate what is ahead:

For though we live in the world, we do not wage war as the world does. The weapons we fight with are not the weapons of the world. On the contrary, they have divine power to demolish strongholds. We demolish arguments and every pretension that sets itself up against the knowledge of God, and we take captive every thought to make it obedient to Christ.
— 2 Corinthians 10:3-5 (NIV)

Paula Fuller is Vice President and Director of Multiethnic Ministries of InterVarsity Christian Fellowship. Learn more about Paula in her interview at The Well.

Join us for this conversation with author and educator Christina Edmondson as we discuss the work of fighting racism in academic contexts and the tools needed for this important task.